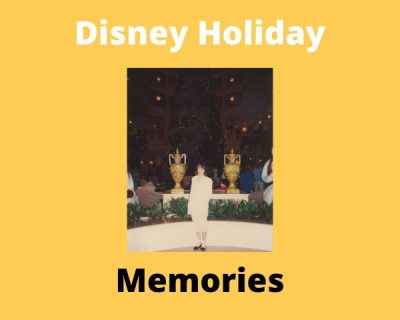 For various reasons, a lot of my Disney trips have taken place over the winter holidays. My parents loved to take us to Walt Disney World on January 1st, after the massive Christmas crowds had died down, but when the decorations were still up. And we’ve had a couple of Disneyland trips that occurred in November, when decorations were up already!

This holiday season, I’m feeling nostalgic and thinking about all those fabulous winter vacations, and I thought I’d bring you along with me for a trip down memory lane. (Or is that Main Street, U.S.A.?) 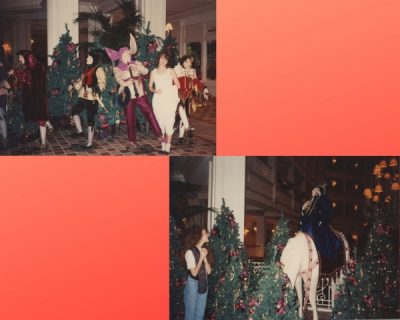 This is the most extravagant Disney vacation I’ve ever taken. My parents splurged and took my sister and me to stay at the Grand Floridian, which was still decorated for Christmas. In fact, on the finale day of our stay we got to see the massive tree being taken down! 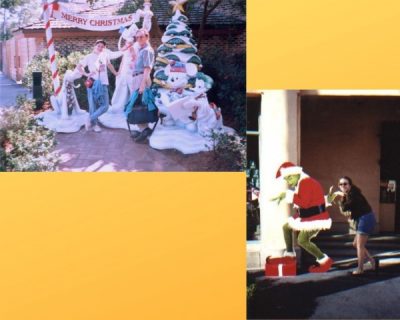 On this trip, we had a family reunion and stayed at Port Orleans French Quarter (which back then was just called Port Orleans). Towards the end of our stay, we woke up one morning to find the lobby of the hotel decked out for Christmas! We took the boat to what was then called Downtown Disney (now Disney Springs) and found it decorated in its holiday finery as well! 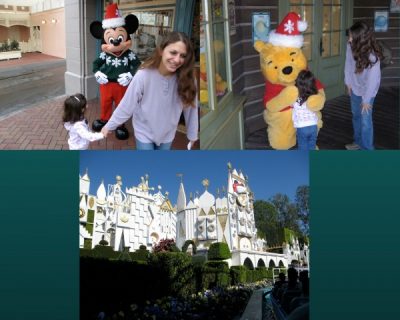 When we heard that it’s a small world at Disneyland was getting a holiday overlay, we couldn’t wait to head over and see it! We also loved meeting Mickey and Winnie the Pooh, who were wearing their holiday outfits. At night, we watched a wonderful fireworks display set to music such as the Nutcracker Suite and the Dreidel Song! 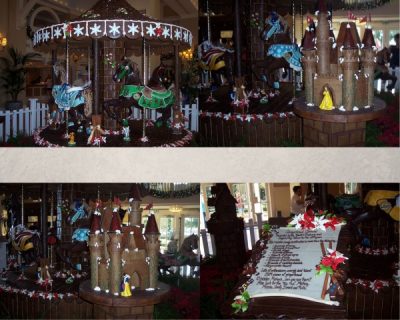 We had yet another Walt Disney World family reunion and stayed at the Beach Club Villas. The holiday decorations were overwhelming, including the gingerbread merry-go-round in the hotel lobby! 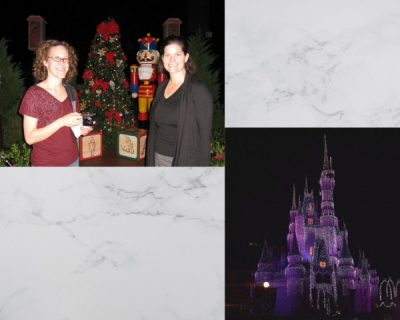 Of course, there were trees in all the parks, and Cinderella Castle was dripping with icicles. 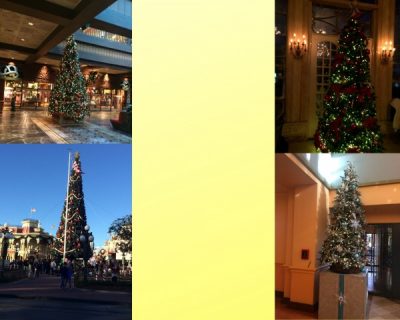 Nine years later, it was time for another family reunion! This one, however, is one we refer to as The Week Orlando Froze. We happened to visit during the second coldest week ever recorded in Central Florida! We stayed at the Polynesian, and also had dinner at the Swan, which were both decorated in holiday style. Lunch at Be Our Guest was wonderful, not only for the food, but for the beautiful Christmas tree!  And the Magic Kingdom tree was gorgeous. 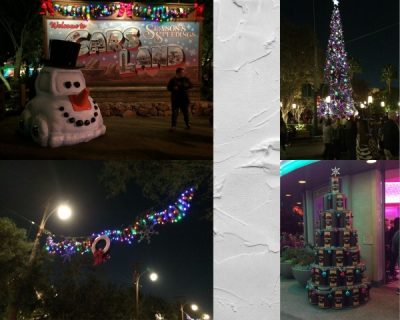 It makes me a little teary eyed to realize that this was my last visit to Disneyland, which means it’s officially been over a year since I’ve been in those two magical theme parks. We attended the Disney Vacation Club Moonlight Magic event at California Adventure. We had a complimentary dinner at Flo’s V8 Café, where the Christmas tree had a very automotive feel. Later that night, we got to see World of Color: Winter Dreams, which is a very beautiful show. 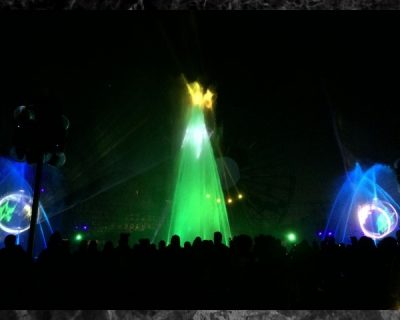