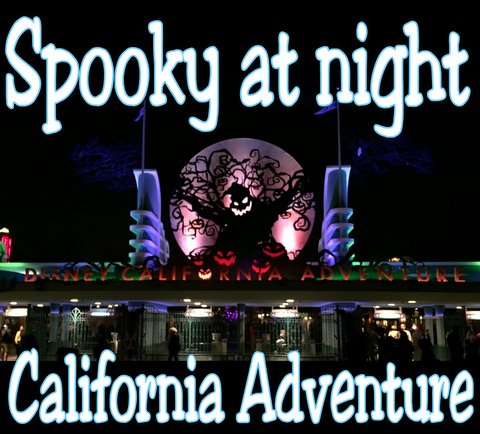 Disney California Adventure stepped up its Halloween game this year, adding holiday magic to several areas that lacked decorations in recent years. Now when you visit during the Halloween season, you’ll be treated to new and enchanting sights, smells and sounds. Because Halloween looks best with a glow, we’ll take an after-dark peek as California Adventure gets spooky at night. 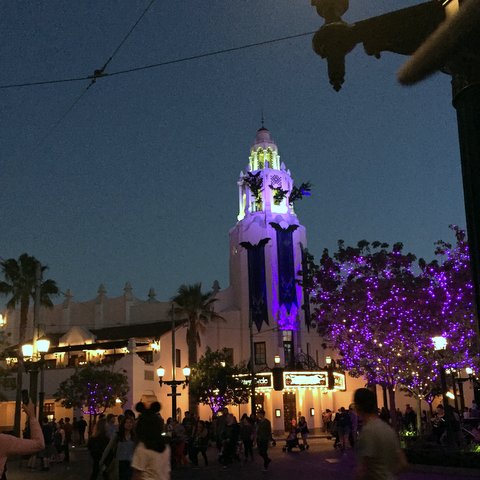 The front of the park still showcases old-Hollywood glamour, but with a few extra ghoulish additions. Purple banners drape light poles and the Carthay Circle Restaurant. Bats appear to be flying from the front entrance and the Carthay tower. 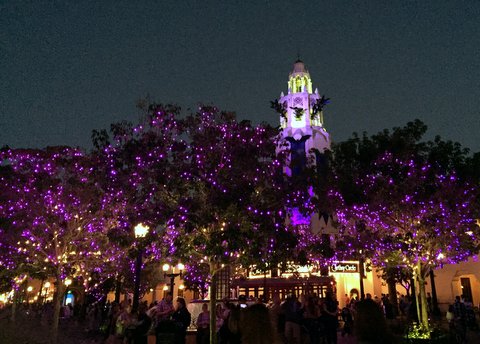 Purple lights — a dark reflection of what Christmas looks like later in the year — hang from many trees in this area. And Oogie Boogie has taken over DJing here — every few minutes the soundtrack features some of his chilling laughter. I’d classify the mood as spooky, but not scary. 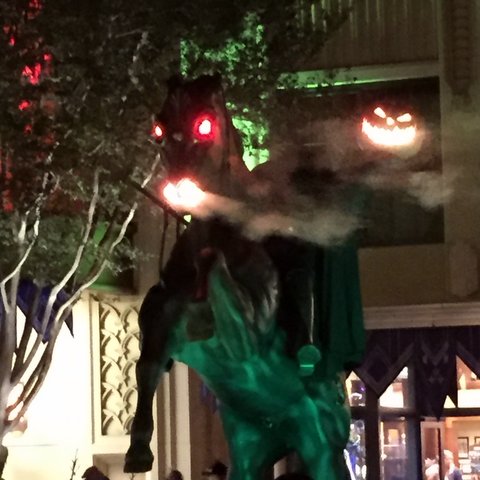 The Headless Horseman from The Adventures of Ichabod and Mr. Toad looks like an impressive statue during the day, but at night it really comes alive. Smoke drifts from both the horse’s nostrils and the jack-o-lantern head. It sits where the Christmas tree does during the holiday season and always has a line for a photograph. 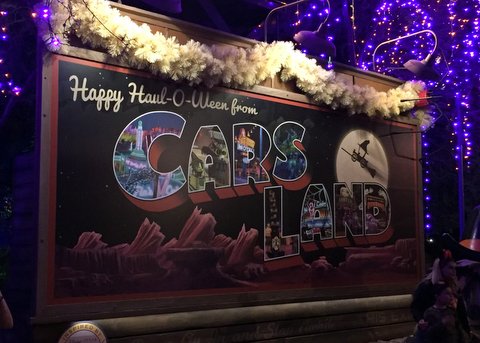 The vehicles that populate Cars Land decorated for a Happy Haul-O-Ween, and the town has added many car-themed touches. I’m torn as to which holiday the cars do better, Christmas or Halloween. But I’d rank them very close for cleverness. Viewing tip: Go during the day and at night — you’ll see some small items much better in natural light. 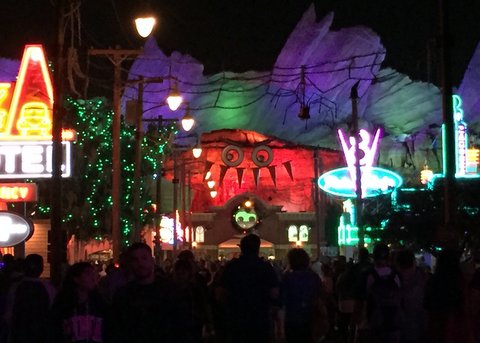 The main drag in Radiator Springs 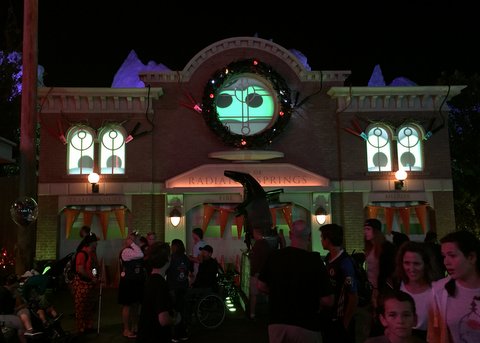 Not just chains and tires strung on wires — even the buildings seem alive at night. The courthouse sports sets of eyeballs that move around as you watch. 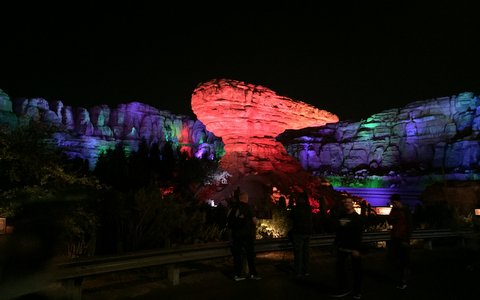 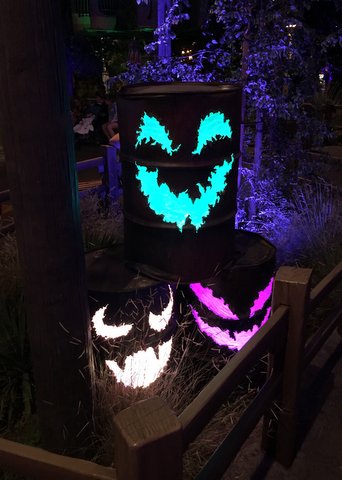 Another example of exploring both day and night — these oil drums would look very plain in daylight, but at night they glow.

Guardians of the Galaxy 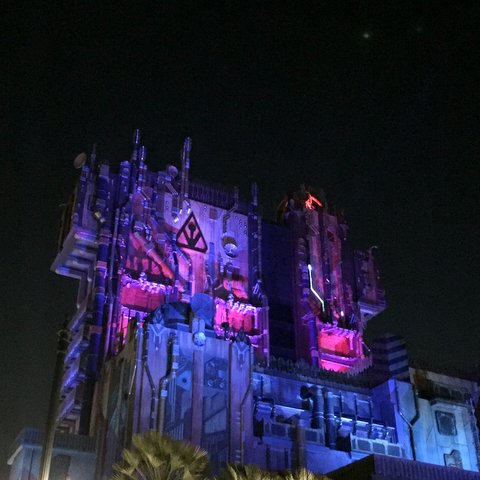 The new Guardians of the Galaxy — Mission: Breakout got an unexpected but very fun overlay called Monsters After Dark for the Halloween season. The attraction runs normally during the day, but by 5:00 p.m., the effects of breaking the Guardians out (by opening up all of the monsters’ cages) are felt and the tower seems to be in a perpetual state of emergency. 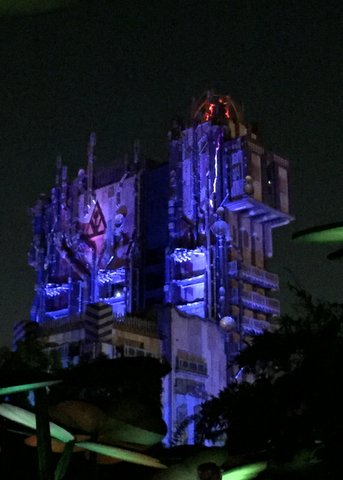 Warning lights flash and alarms sound. As the sun sets, an eerie red and purple glow lights the fortress, with sparks of electricity traveling up and down the structure. You’ll have to brave the chaos inside to help Rocket rescue Groot from the monsters that have been unleashed. 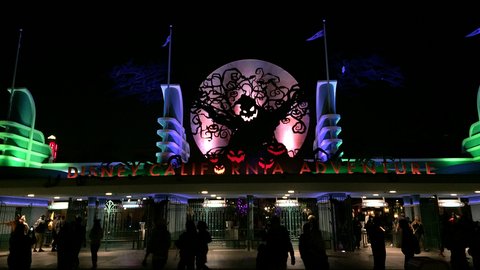 In advance of future Star Wars: Galaxy’s Edge crowds, Disney wisely chose to invest in making its second park a viable alternative for Halloween visitors. Let’s hope they keep adding to a great lineup of special events throughout the year. And be sure to visit after dark, because this time of year, California Adventure gets spooky at night!