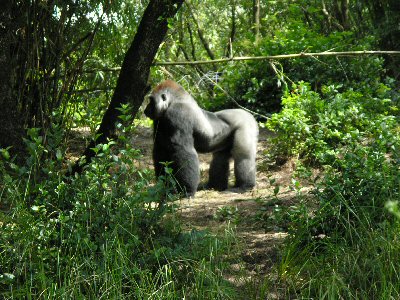 I’m a huge animal-lover, but when I first heard that Disney was planning to open a park featuring live animals, I was actually more concerned than excited. I admired Disney’s ability to create and run theme parks, but I’d been to other “animal parks” where the treatment of the animals left me feeling sick and upset. Sure, it all started with a mouse – but would that translate to taking good care of elephants and tigers? Would Disney sacrifice the well-being of the animals for the entertainment of the guests?

Okay, I should have known better. Ten years later, Animal Kingdom (AK) continues to be my favorite park. And after two “Backstage Safari” tours and many conversations with Cast Members, I can say confidently that Disney’s animals are well cared for and treated well. Yes, in an ideal world, all the animals would live freely in their original habitats, but places like AK can provide opportunities to heal rescued animals, increase the population of endangered species, and educate the public.

While the cast members will tell you that it’s “not a zoo,” Disney’s Animal Kingdom isaccredited by the Association of Zoos and Aquariums. What does that mean? Well, here’s a quick description from the AZA website:

The Accreditation Commission evaluates every zoo or aquarium to make sure it meets AZA’s standards for animal management and care, including living environments, social groupings, health, and nutrition. We also make sure that animals are provided with enrichment, which stimulates each animal’s natural behavior and provides variety in their daily routine.

The Accreditation Commission also evaluates the veterinary program, involvement in conservation and research, education programs, safety policies and procedures, security, physical facilities, guest services, and the quality of the institution’s staff. And because a zoo or aquarium needs a strong foundation in order to continue to meet high standards, accreditation also evaluates each institution’s finances, its governing authority, and its support organization. In other words, we look at everything!

Being accredited allows Disney to participate in breeding programs with other accredited zoos, and to host research studies that seek to improve our understanding of animals and their care. For example, a Cast Member told me that some researchers have been recording and analyzing the sounds the elephants make as the herd moves around their territory in the Kilimanjaro Safari area. They have been able to classify certain sounds as meaning “I just found something new!” and “Come here!” among others. The herd in AK provides them with a unique opportunity to observe the elephants in a setting that is more natural than that in most zoos, but still contains them enough that observations can be done. 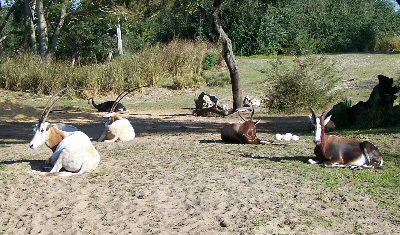 During the tours I participated in, I learned that the animals in AK are all trained only with positive reinforcement – no punishment. Their training teaches them to do things that enable the CMs to provide medical examinations, treatment, and other care if necessary. For example, in response to a signal from the CM, the white rhino would lift up his foot and allow the bottom to be gently tapped, in order to get a treat. If the rhino was ill, the CM could get him to lift his foot, and instead of tapping, quickly give him an injection of medication. (On the tour, we even got a chance to ask him to “perform” and to feel his tough, leathery skin.)

Every night, the animals are called in from the Safari ride to their sleeping quarters – a different sound is used to signal each animal. But they aren’t forced to come in if they don’t want to, and sometimes entire groups will opt to stay out all night. That creates some additional challenges for the CMs, as nights are used to replace the plants eaten during the day and to set up some of the “enrichment.”

As the AZA description mentions, “enrichment” means adding items to the environment to encourage the animals to live and behave more naturally. It sounds quite appealing to most of us to have all our meals prepared and set out in front of us, but animals actually find that, well, boring. They like to hunt and forage for their food. So every night, for example, CMs hide raisins all over the elephant terrain, so that the elephants can have the fun of searching for these little treats during the day. Food for the gorillas is placed in the trees so they can climb around and discover it (and then squabble over who found it first and how it will be shared).

Other strategies help make the animals more visible to the park guests. The lion section of the Safari ride, for example, features a large rock, and the plan was to have the male lion sit on top looking regal for the guests. The CMs soon found that this didn’t work, because the lion (like any intelligent visitor to Florida) wanted to stay in the cool, shady grass at the bottom of the rock. Unfortunately, nobody could see him there. So the CMs tried putting the lion’s food on top of the rock. Didn’t work – he just grabbed it and took it down to the shady area. After a couple of other approaches failed, they finally found a solution: they installed air conditioning on the top of the rock. Yes, that lion looks so pleased with himself because he’s cooler on his rock than you are bouncing past in the open, non-air-conditioned trucks.

What I liked about this strategy is that it didn’t rely on forcing the lion to go up to the rock – instead they found a way to make the rock more appealing to him. Positive reinforcement again.

While the park is designed to make the animals easy to see most of the time, you may notice as you tour around that it’s also set up to allow the animals to avoid being seen if they choose. Animal experts told the Disney designers that it can be stressful for the animals if they don’t have a place to retreat away from human eyes, so each area includes some sheltered sections as well. 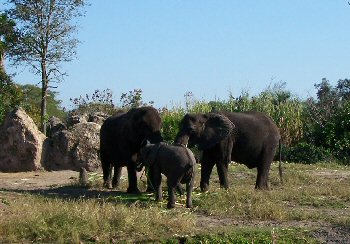 you’ve ridden Kilimanjaro Safaris, you may have noticed that there are currently three baby elephants (not counting Little Red!). That’s living evidence that the elephants are pretty happy with their safari home, because elephants are very difficult to breed successfully in captivity. When I went for my first backstage tour, two of the elephants were pregnant and we were shown Disney’s rather unusual strategy to prepare them for giving birth. In the wild, female elephants learn about birth and feeding their babies by watching others in the herd. But these two females, both brought to AK from zoos, had never had that opportunity. So every night, on huge screens around the elephant’s night quarters, the CMs showed videos of elephants giving birth, feeding and caring for their babies – a kind of “Jumbo-tron” prenatal class. It looks like it worked!

During my second backstage tour, a baby giraffe was going out onto the Safari with his mother for the first time. This day had been carefully prepared for, and our tour group was shown the hiding spots where CMs watched to make sure the baby was safe and not feeling stressed by the experience. While the baby looked a little nervous at first, we soon had the pleasure of seeing this long-legged baby running exuberantly around as it discovered the big new world.

In fact, some of the animals might be a little too happy. The hippos were producing hippo babies so quickly they had to separate the males and females into the two separate pools. Disney was also able to take some of their rhinos recently and move them to Africa – with a team of animal scientists to make sure they settled into their natural habitat safely.

Of course, the Safari isn’t the only place to see animals in WDW. The Flights of Wonder and Pocahontas shows are more examples of how positive training techniques can work: each animal does its part in the show and gets a reward, without being punished or forced. 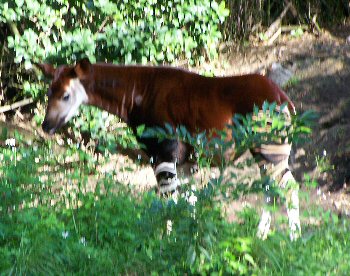 For that matter, AK isn’t the only theme park populated with animals. After you find Nemo and visit with Crush at the The Seas with Nemo and Friends pavilion in Epcot, take some time to meet the fish, dolphins and other animals swimming in the tanks – and talk to the CMs entrusted with their care. On my most recent visit, I spent a couple of hours learning about the manatees. There were two of these huge, gentle animals when I was there, both of them rescued after being injured by boats off the Florida coast. (The CM pointed out the scars.) Disney regularly takes injured manatees, cares for them as they recover, and then prepares them to go back into the ocean. (That means training them NOT to come to humans.) The manatees certainly get more visitors than the average human recovering from an injury!

Another great place to learn more about Disney’s animal care programs is at Rafiki’s Planet Watch, back in Animal Kingdom. If you’re lucky, you may get to watch the veterinarians on staff do an operation. (They’ve actually operated on a tarantula!)

Yes, it would be better if all animals could live freely in their natural habitats. But in the world we live in, I’m glad to know that Disney’s animals are well cared for. And as one CM reminded me: “People will only work to save the animals they care about, and they only care about the animals they know.” Come on over to Animal Kingdom and get to know a few more animals worth caring about.