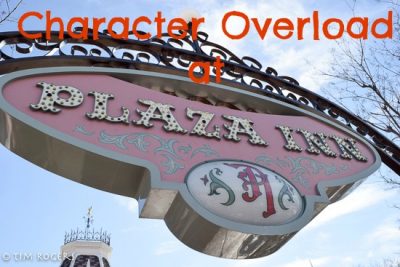 One of the constants for me and my wife’s trips to Disney parks is getting her a visit with Eeyore. At Walt Disney World, this means we have spent many a morning at the Crystal Palace (and will spend many, many, many more), but when we were planning a trip to Disneyland, we initially weren’t sure if we’d be able to see him. And then I discovered the wonder that is the Minnie and Friends Character Breakfast at the Plaza Inn. 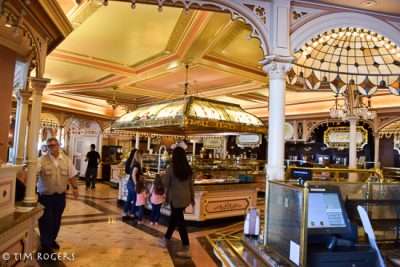 The Plaza Inn is located in Disneyland at the end of Main Street, just off the hub. An original part of Disneyland from 1955, this Victorian-themed restaurant is open all meals of the day, but the breakfast offering is special. Before getting to the good stuff, I want to mention the food. The food was fine. If you’ve been to a Disney breakfast buffet, you’ll be comfortable and familiar with the offerings here, including Mickey Waffles and made-to-order omelets. 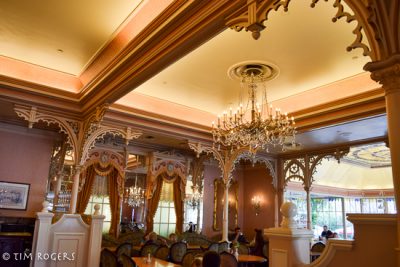 But enough about that, let’s get to the characters. This is the best character meal I’ve ever been to. Disney itself describes the character interactions as being able to “take fun souvenir photos and spend some quality time with Minnie and the gang as they stop by to say hi.”

Minnie was definitely there, but “the gang” was more than I was expecting. Shortly after we were seated, a Cast Member came by to make sure we were okay because we hadn’t gotten any food. The explanation was that there was such a non-stop stream of character interaction that we didn’t have time to leave our table. 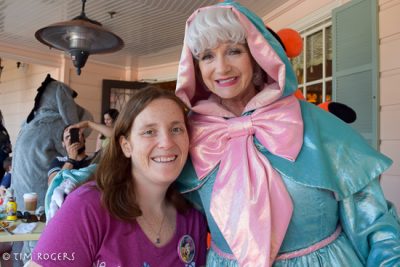 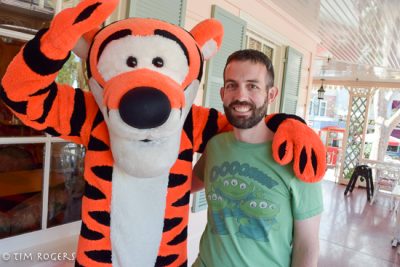 As a quick recap, we were visited by Minnie, Chip, Dale, Fairy Godmother, Captain Hook, Pinocchio, Winnie the Pooh, Tigger, and Eeyore. That is essentially like going to the Crystal Palace, and trading out Piglet for a few favorites and a few rare characters. As I mentioned above, we booked this meal with the hope of seeing Eeyore (more on that later), but were overwhelmed with both the quantity and quality of the interactions. 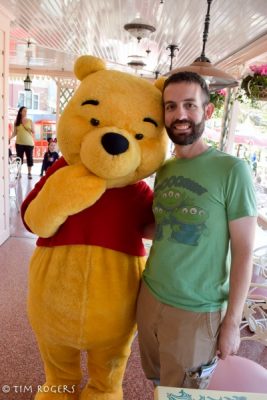 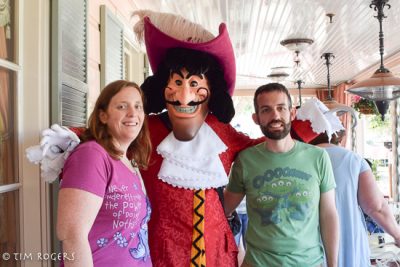 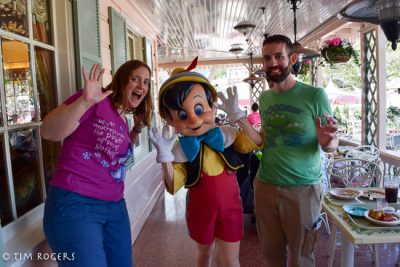 The characters were a lot of fun, and not only interacted with guests but each other. Chip and Dale both made reference to the other one smelling bad. Captain Hook was busting through doors and sauntering around like you would expect a pirate captain to do. Tigger was bouncy as ever. 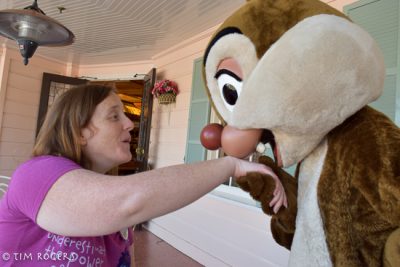 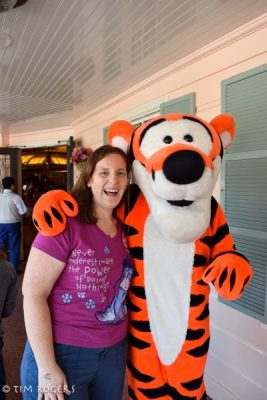 But for us, it really came down to Eeyore. He came by the table, saw my wife’s shirt, and was initially embarrassed. But throughout our time there, he came back at least two more times, the last of which resulted in what is now quite possible my favorite picture. 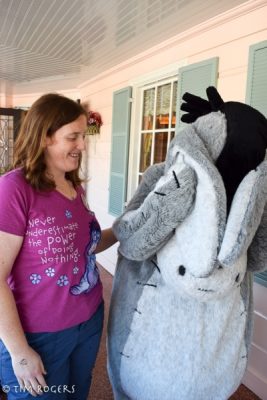 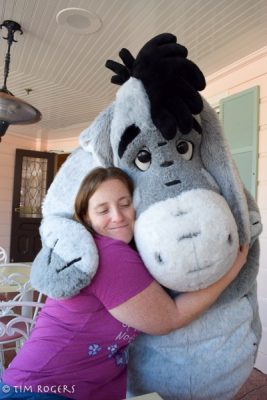 So if you are going to Disneyland, and you like characters at all, you have to go to this meal. The cast of characters is routinely mixed up, so you could meet all kinds of unique and interesting friends as a part of this meal. Either way, you’ll have a good time, and really feel the Disney magic all around you.

Have you experienced the fun that is the Plaza Inn? What did you think? Share your thoughts in the comments.