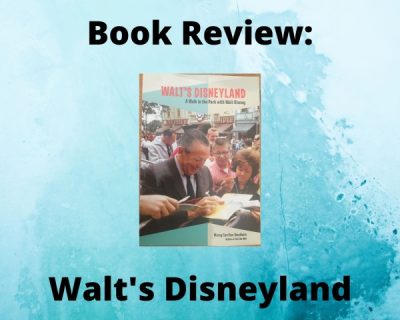 Learn about classic Disneyland attractions in this book! 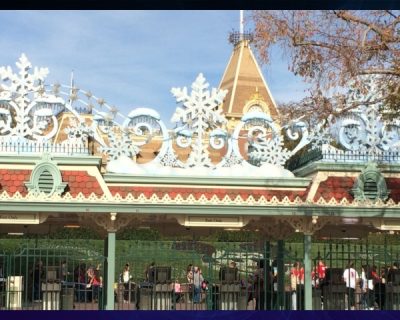 Learn about Outside Disneyland on page 18

So when I read about a brand-new book being released entitled “Walt’s Disneyland: A Walk in the Park with Walt Disney,” by Marcy Carriker Smothers, I wanted to have it because I thought it would make a nice addition to my book collection.  I didn’t expect to learn anything.

Boy, was I wrong.

This book is chock full of information about the history of Disneyland that I didn’t know. There are multiple stories about Walt’s involvement that were completely new to me. And the photos! So many photos that I had never seen anywhere else. 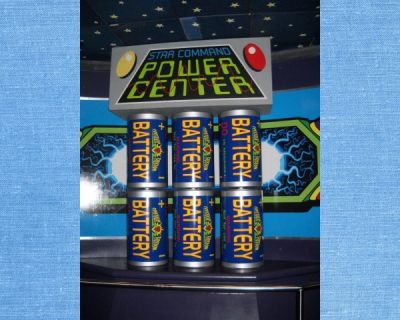 What artwork once graced the area that Buzz Lightyear’s Astro Blasters is in?  Page 138.

Part of what makes this book so much fun to read is its unique layout. Rather than telling the story of Disneyland’s early years chronologically, the author decided to use a map of Disneyland Park as her inspiration. It is as if you are quite literally taking a walk through the park along with Walt and people who knew him personally. The author stops at each attraction to share wonderful stories about its history.

And that’s the second thing that makes this book unique. The author only includes quotes from either Walt himself or people who personally knew him. Because of this, the book feels intimate and conversational. 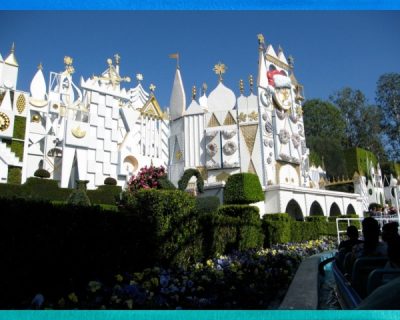 I don’t want to spoil any of the wonderful gems to be found in Walt’s Disneyland, but I just want to give a few examples of what you might find. One of my photos is of the exterior of Disneyland, with the train station clearly visible, but with the floral Mickey head not yet planted. The sign that says “Population 5,000,000” is already up, even though the park had not yet welcomed any guests! 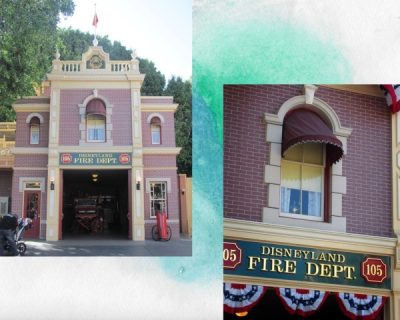 Firehouse, and what’s above it, page 34.

There’s also a wonderful photo of Walt with a model of the Mark Twain Riverboat, and this photo is accompanied by a quote from Admiral Joe Fowler about how much Walt loved this attraction. 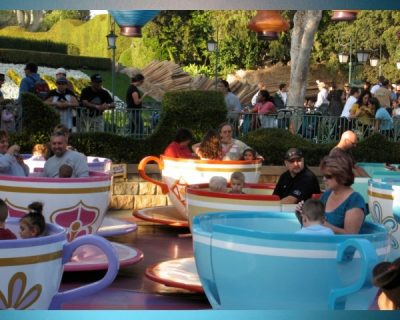 The section on Tomorrowland in Walt’s Disneyland is perhaps my favorite, simply because hardly any of the attractions described are still in the park. I did get nostalgic when they describe the PeopleMover, although I’m happy I can still ride it at Walt Disney World!

Hands down, my favorite photo found in Walt’s Disneyland, is of an unusual item found in the Disney archives. It is a letter that was handwritten by a young boy who had snuck into the park without paying. In the letter, he apologizes and includes the 50 cents admission price. (His mother made him do it.)

All in all, I cannot recommend this book enough. It’s not just a history of the park and its development. It’s not just a biography of Walt Disney during this important time in his life, although so many details are covered here.

It’s a love story: the story of Walt Disney’s devotion to the Happiest Place on Earth.