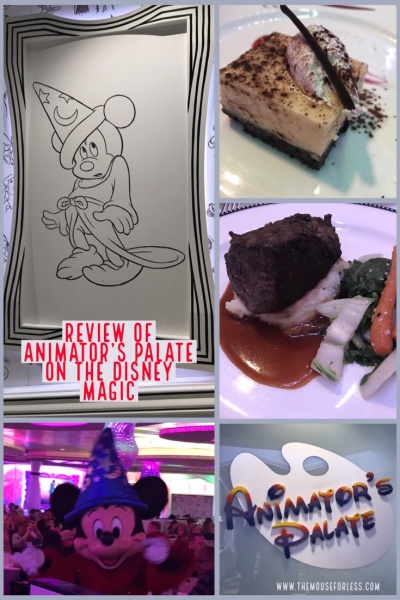 Let me tell you…my assumptions were correct and I really enjoyed Animator’s Palate on the Disney Magic way more than the Dream class ships. 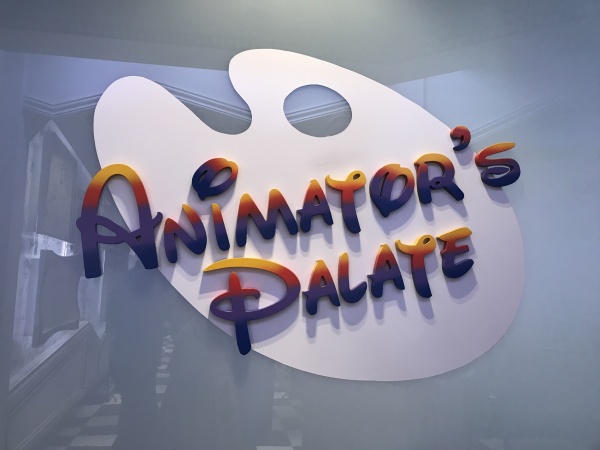 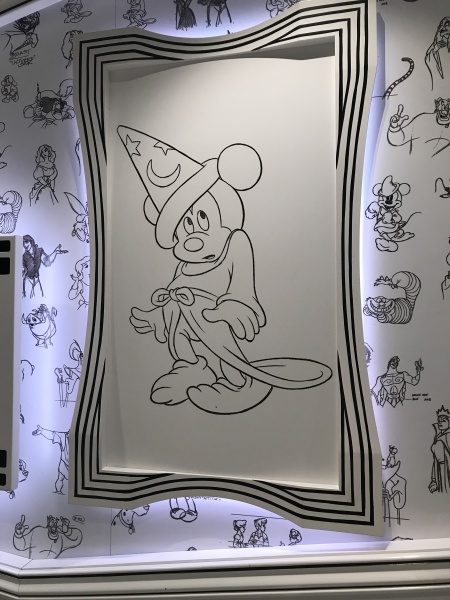 On the Disney Magic, Animator’s Palate sets the scene by being mostly in black and white. The artwork on the walls is black and white, the lighting is all white, everything is However, as the night wanes on, color starts splashing up everywhere, much like would occur if an animator actually was painting the scene. 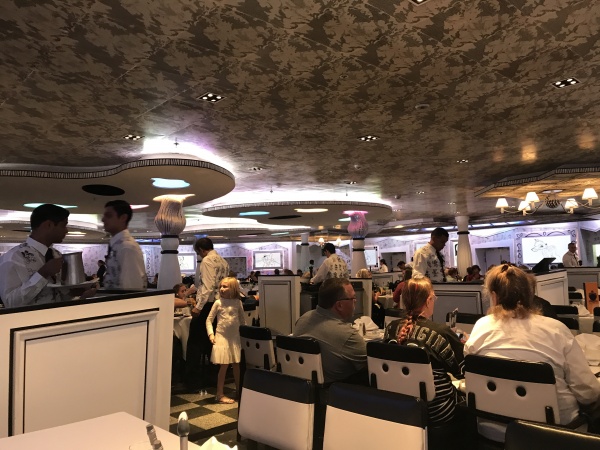 Let’s get to the food. As you can see from the menus, there are lots of great options and it was extremely hard to choose! 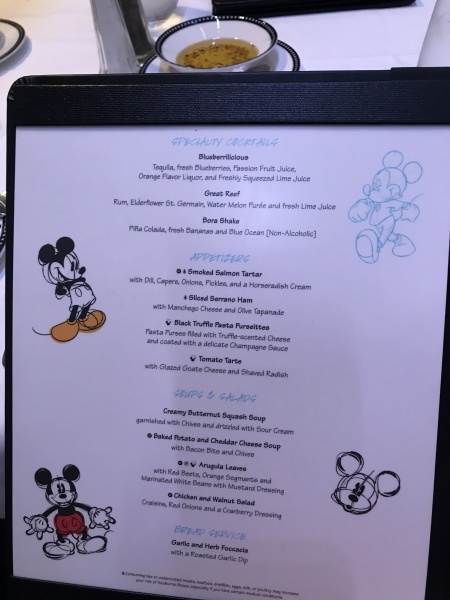 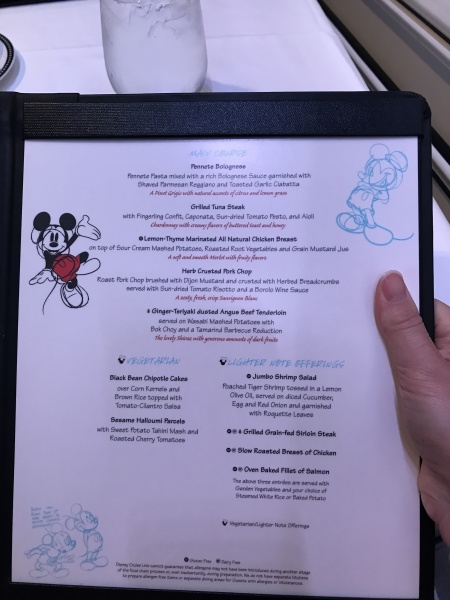 For my appetizer, I went with the Black Truffle Pasta Purseittes. These were pasta purses that were filled with truffle-scented cheese in a champagne sauce. These were incredible. They were so decadent and rich. I probably could have eaten a few of these as my meal and been happy. 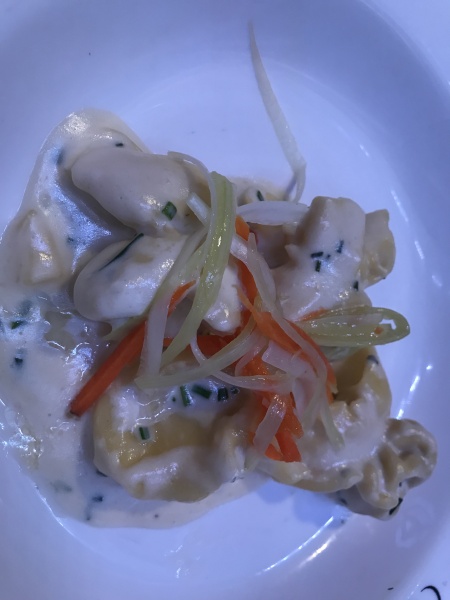 Next, I decided to get the Butternut Squash Soup. This was a disappointment, to be honest. I thought it was just ok and compared to the appetizer, I would have much rather have gotten another of those. 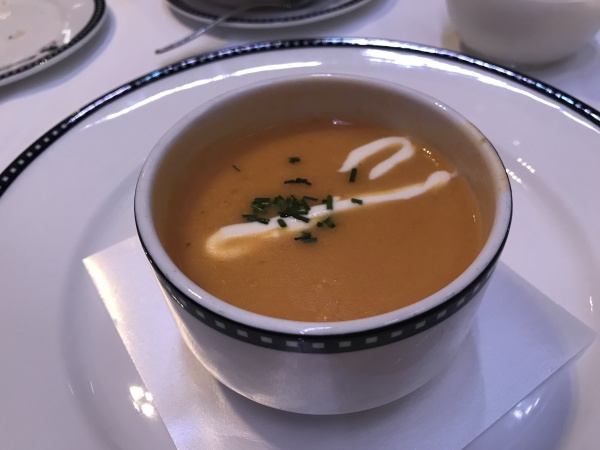 As far as my main meal went, I went with the Ginger-Teriyaki dusted Angus Beef Tenderloin. This was served with wasabi mashed potatoes, bok choy, and a Tamarind Barbecue Reduction.

The beef was cooked to perfection and it was certainly a decent size portion. I was a little scared to try to the wasabi mashed potatoes. I don’t like spicy food and well, wasabi is right up there with the spice level. However, this had zero heat to it. I didn’t taste anything, what-so-ever. The rest of the veggies were also fine, but when you’re on a cruise, I mean the star is really the meat. 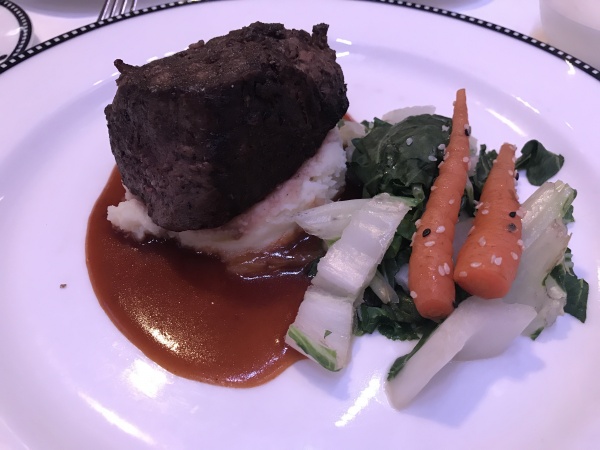 During dinner, that’s when things got fun and the show started! I loved the show with Mickey and thought it was adorable and entertaining! It was everything I had hoped for! 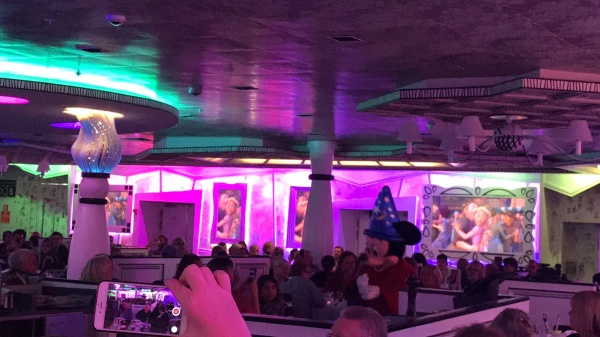 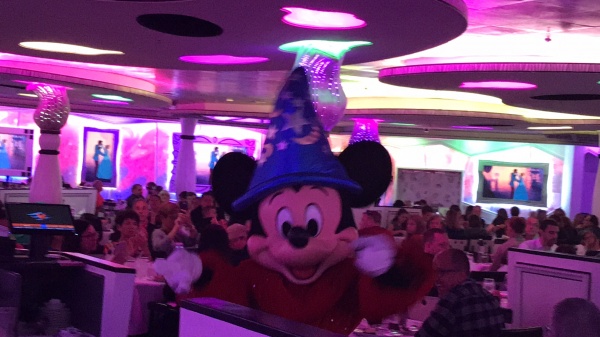 Take a look at the whole show here:

Of course, there’s the fun twist with all the servers, who start wearing white vests, but by the end of the night, there’s an explosion of color, even with their vests. 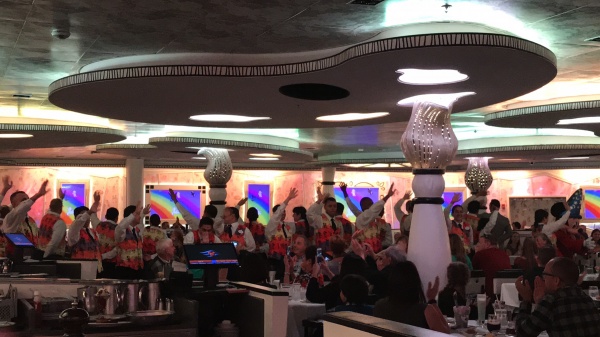 Now we move on to dessert and this was one of the nights where I opted for two! 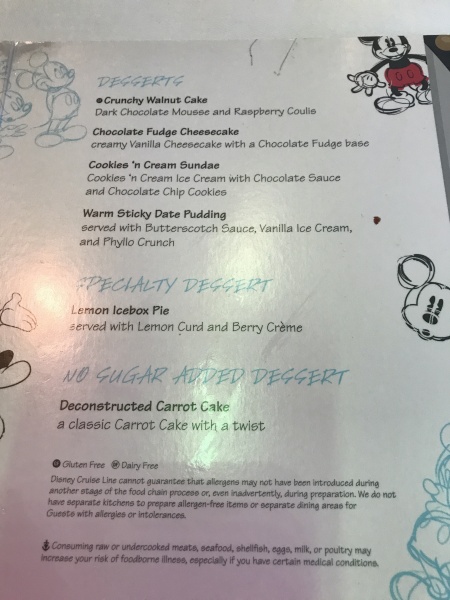 The first one I had was the Crunchy Walnut Cake. This was excellent, but wasn’t overly chocolatey. 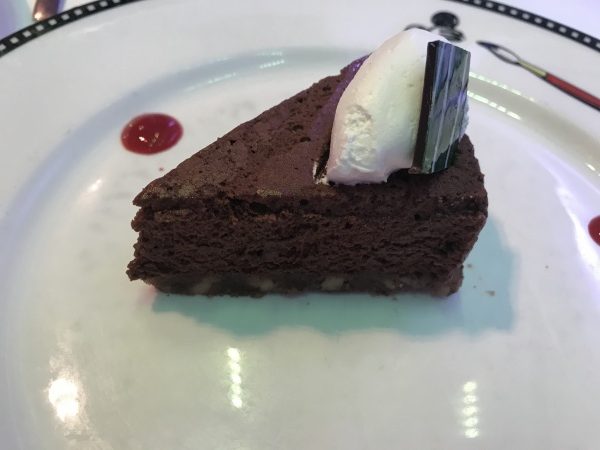 However, the winner of the night was the chocolate fudge cheesecake! This was super yummy. A nice slice of cheesecake with a good chocolate crust. 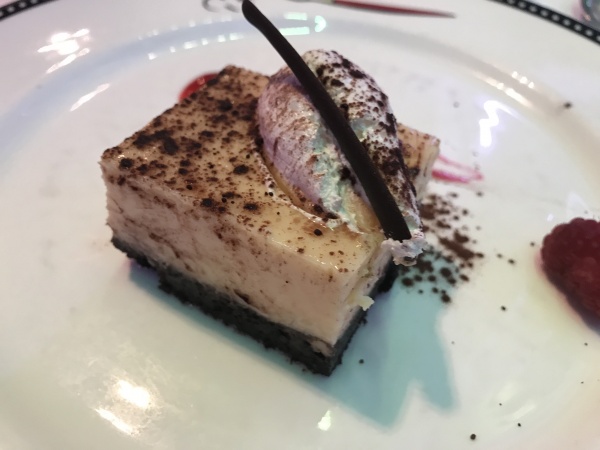 I was so excited I got to finally experience the original version of Animator’s Palate and I think, besides Palo and Remy, this is my favorite restaurant on the ship. (Yes, I’d say it even beat Rapunzel’s! I found the show to be much more all-encompassing here, even for those of us who were on the outskirts, not in the center tables. Unlike with the shows at Rapunzel’s Royal Table where I felt like the majority of the action took place in the center and the main stage and those of us who weren’t near either of those were kind of left out.) I cannot wait to dine at Animator’s Palate on the Magic again and I look forward to hopefully comparing it to the similar version on the Disney Wonder someday soon.

Of course, this was only the first experience. We have our Drawn to Magic Dining Experience, which I was also excited about, as I’ve never been able to experience that show on any of the cruise ships.