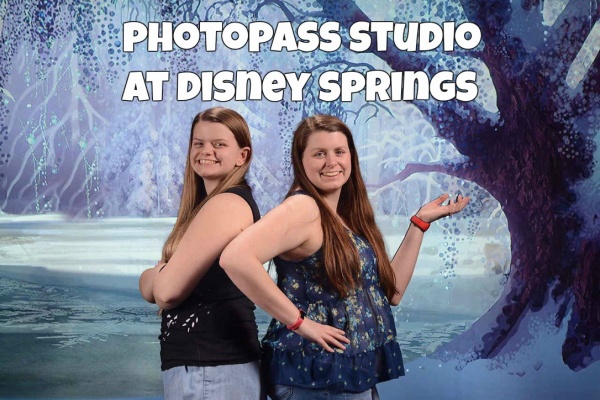 Sandwiched between Tren-D and the Ghirardelli shop lies a little-known, photogenic gem. In between chocolate and clothes you find the PhotoPass Studio at Disney Springs.
You can literally just have a mini photoshoot at Disney Springs! The photoshoot is free. Prints and downloads do have a cost. But if you bought Memory Maker, you’re covered!
Since Memory Maker is included in the Annual Pass, my sister and I decided to give it a try. And we were pleasantly surprised!
Cast Members scan your MagicBand or park ticket so the photos go on your My Disney Experience app. If you don’t have either of those, they will give you a photo card you can link on the app.
There were two backgrounds to choose from. The first was a classic backdrop, think senior picture style, the Cast Members uses those for portraits. These could be for families, couples, friends, anything really. But I think they’re mostly made for kiddos post Bibbidi Bobbidi Boutique.
The second backdrop is where the magic really is. It’s a green screen of sorts. They can place you and whoever you brought with you in front of classic Disney animated scenes. It was so fun!
We didn’t have a wait and the Cast Member was really fun and let us do a lot of poses. We did several poses together and then the Cast Member asked us each if we had a favorite princess. My sister’s is Ariel and mine is Mulan. I was so excited that they had backdrops for my favorite girl worth fighting for.
See below as we got to live out our Disney dreams. 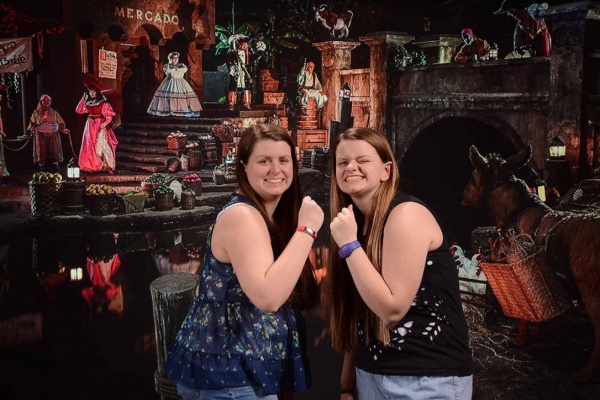 A classic scene from Pirates of the Caribbean. Luckily they wants the redhead not the blonde or brunette. 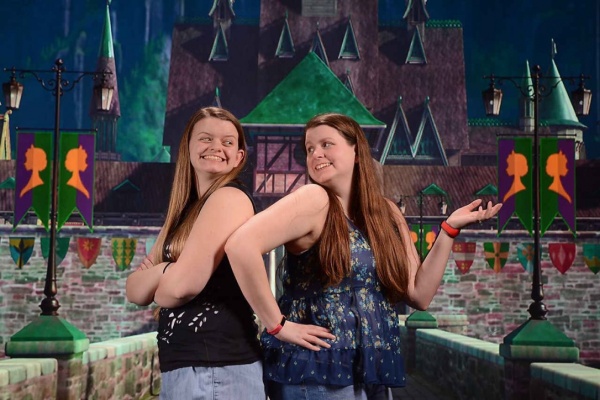 Anna & Elsa. It was my coronation day! The window was open and so was that door! We didn’t know they did that anymore! 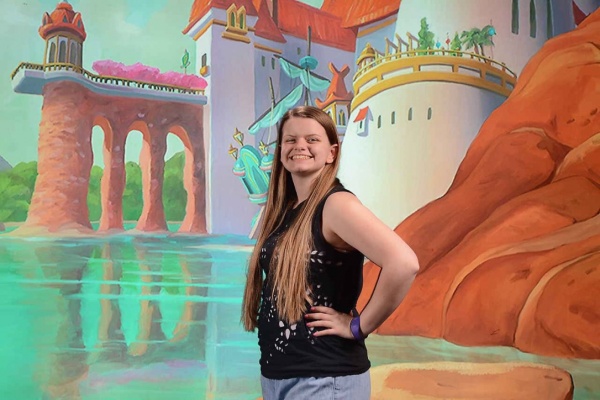 My sister the mermaid. We were both wishing Price Eric would show up. 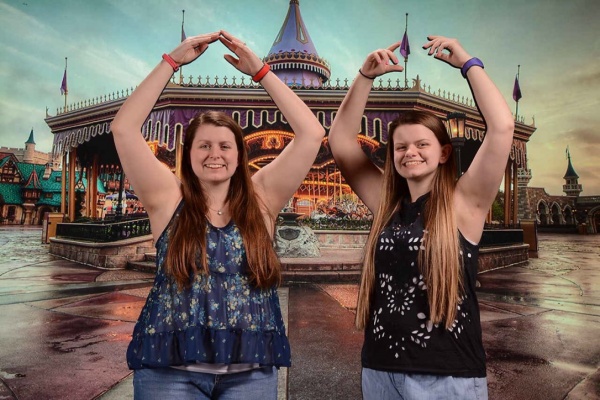 Dancing around in an empty Magic Kingdom. You won’t get those crowd levels anywhere else. 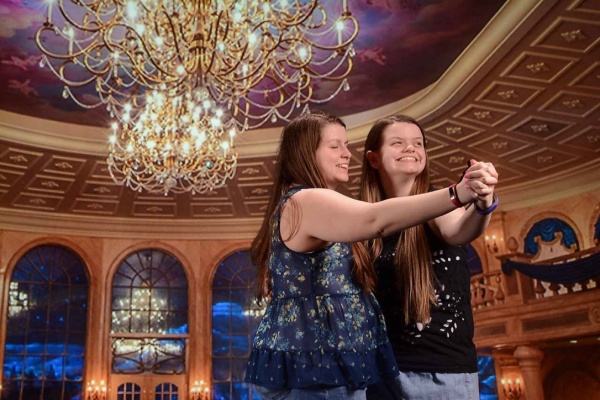 That facial expression though. It’s a tale as old as time, two sisters slow dancing… 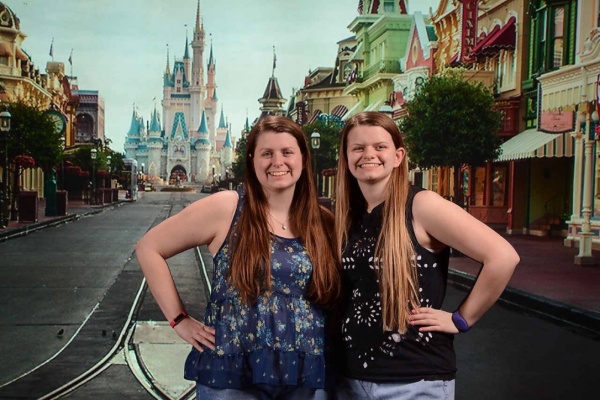 AN EMPTY MAIN STREET USA. AND IT ALMOST LOOKS REAL. 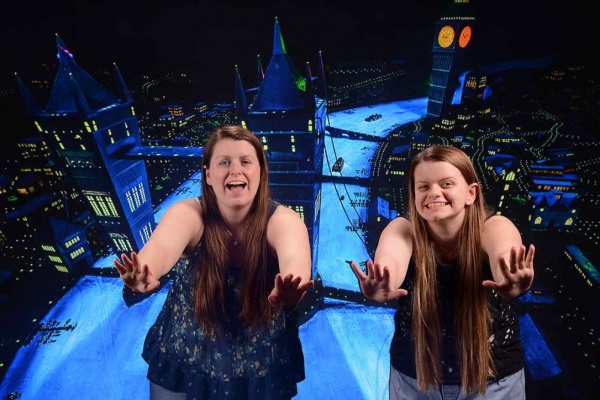 We’re never growing up!
The PhotoPass Studio is a great option to add some extra magic to a stop at Disney Springs. It’s one of the few experiences there that doesn’t break the bank. You won’t get Disney pictures like these anywhere else.
Have you stopped at the Disney Springs PhotoPass Studio? What were your thoughts? Share in the comments, or on Facebook or Twitter.Did you like this article? Make sure to share it with your friends! Check below for easy ways to share!