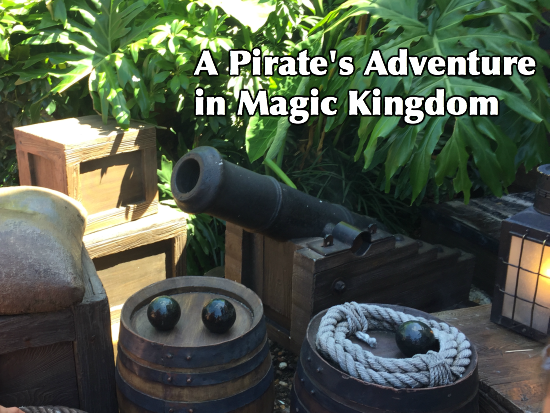 The story goes that Captain Jack Sparrow needs help raiding treasure around Adventureland. Your job is to compete 1-5 missions to find the treasure. Each adventure has several stops.

To begin, go to the Crow’s Nest (the kiosk just past Pirate’s Adventure as you head out of Adventureland toward Frontierland) between the hours of noon and 6:00 p.m. (hours as of late 2017). 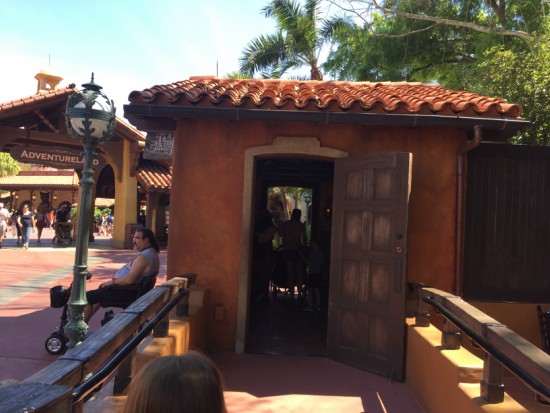 The kiosk where you pick up your maps

Each adventure has four or five stops and will take 20-30 minutes to complete, depending on how long it takes you to find the stations. They fit in to the surroundings so well that it can be a bit difficult to find a few of them; but any nearby Cast Member will help you out if you need it (especially the ones in the gift shop). Once you complete an adventure, you can return to the Crow’s Nest for another map. 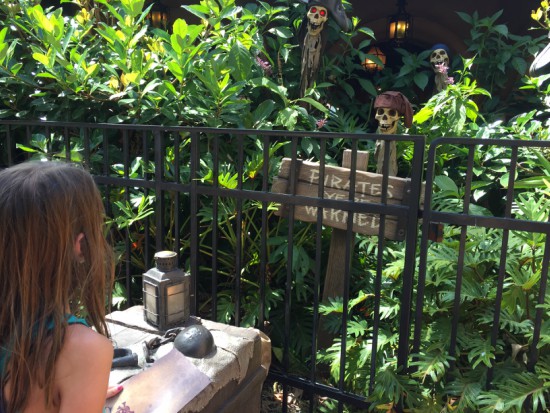 One of the clues leads to these pirate skeletons.

For people who complete at least two adventures, you can receive a paper FastPass for every member of your party to ride Pirates of the Caribbean. 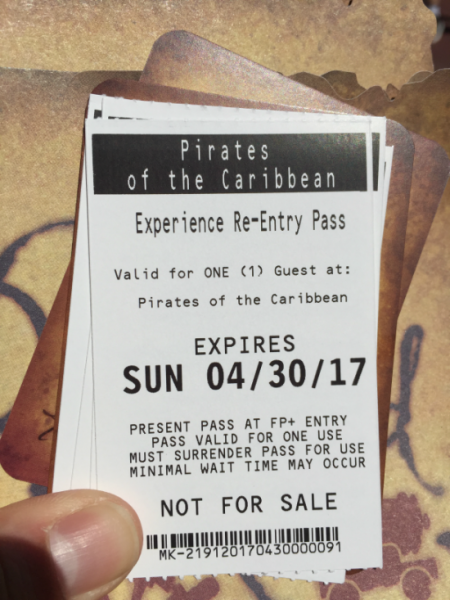 The ticket is usually good for several days beyond the day you receive it (see the expiration date on your return ticket). Each adventure you complete also gets you a trading card as a keepsake. The Pirate’s Adventure maps are of good quality, and you get to keep them too.

Is Pirate’s Adventure worth playing? If you are on a first-time trip and have just a few days in each park, you can pass this up, as there are other attractions that are probably higher in your priority list. However, for return visitors, this is a great way to pass some time on a busy day and get a FastPass for one of the best attractions in Walt Disney World.

Have you played A Pirate’s Adventure at the Magic Kingdom? What did you think? Share your thoughts in the comments.