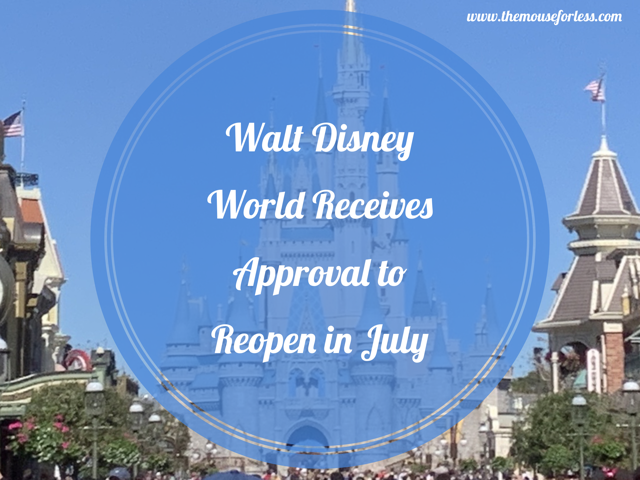 According to reports, the Walt Disney World Resort has been given final approval to reopen in July following their recent presentation to the Orange County Economic Task Force. When the parks reopen, there will be a phased opening. First to open will be the Magic Kingdom and Disney’s Animal Kingdom. They will reopen on July 11. Then, on July 15, Epcot and Disney’s Hollywood Studios will reopen to Guests.

The approval was shared by Orange County Mayor, Jerry Demings.

When the parks reopen, there will be a number of safety and health precautions put into place. These will include temperature checks for Guests, Guests will need to wear a face covering; parades, fireworks, and events that create crowds will be suspended, as will character meet and greets.

Take a look at all of the details that were submitted to the Task Force here.

In addition, the Walt Disney World Resort announced that there would be other major changes that will occur for at least the time being at the parks. Things like Extra Magic Hours, the Disney Dining Plan, FastPass+, and more will be suspended. In addition, Advance Dining Reservations will now be able to be made only 60 days in advance, not 180 days.

Stay tuned as we learn more information about the reopening of the Walt Disney World Resort.