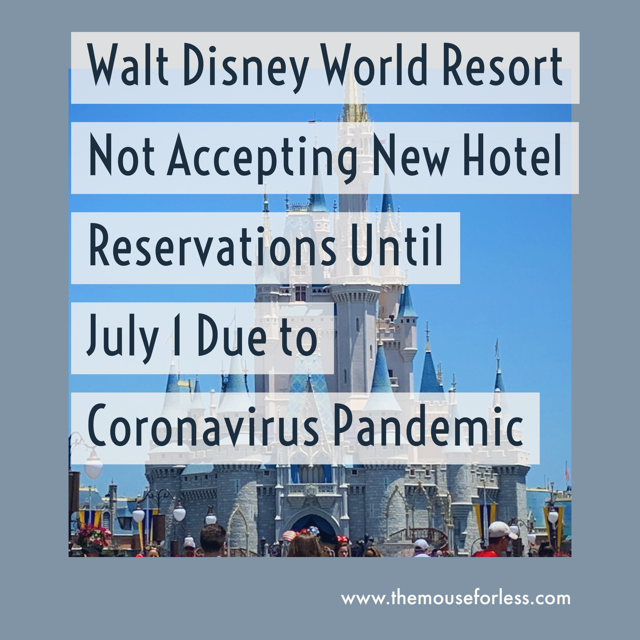 For those who are looking at modifying or making new reservations for future Walt Disney World vacations, Disney has now released that reservations are currently available for travel dates of July 1 or later. If the parks open sooner than that date, Guests will have the ability to modify their reservations so that they may visit the resort before that time.

Disney has been notifying Guests whose Walt Disney World hotel bookings are being impacted by these temporary closures, letting them know they may modify or cancel their Disney Resort hotel reservations or Walt Disney Travel Company packages.

Keep in mind that there has been no reopening date announced for the theme parks and hotels. It has been announced that Disney Springs will be reopening for Guests to visit beginning May 20.

In addition, previously, the Disneyland Resort announced that they would also be pushing back the ability to make hotel reservations to July 1.