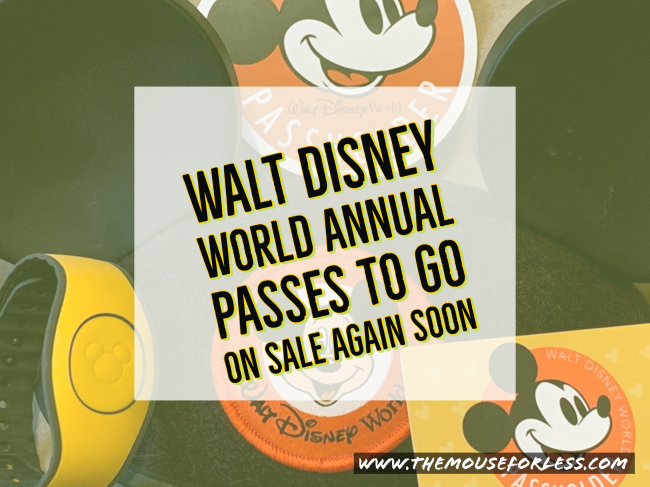 Walt Disney World Annual Passes were suspended from being on sale when the parks closed last March. While current passholders can renew, those who are looking to purchase new passes have not been able to.

It was officially announced that WDW annual passes would begin to be sold in time for the start of the 50th anniversary celebration! (Which officially kicks off on October 1!)

Additional information and details about when new passes will go on sale will be announced later this month! We’ll make sure to keep you updated on the details when they get released officially.

As a reminder, Disney did share the details of the new Disneyland version of their updated annual pass called Magic Key. Details about those new pass options can be found here.