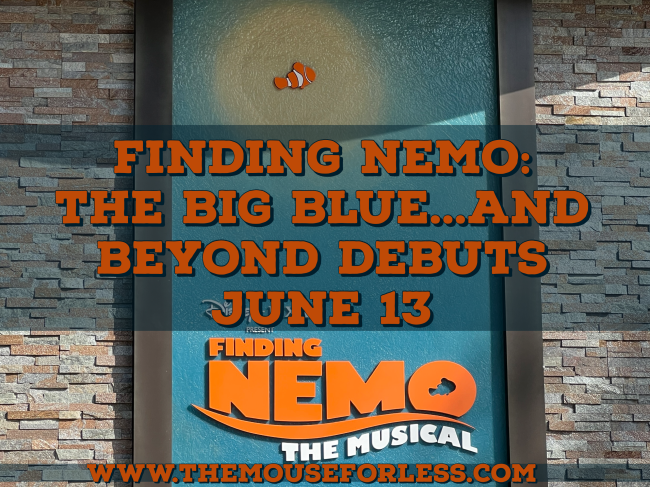 Get ready to head back to the Big Blue! That’s because the debut of “Finding Nemo: The Big Blue…and Beyond” will officially debut at Disney’s Animal Kingdom on June 13! It was announced a few months ago that the popular Walt Disney World stage show would be reimagined. The fully updated show is now 25 minutes and will still incorporate live performers and puppets, along with many favorite production numbers from the original “Finding Nemo: The Musical.” Favorite returning songs will include “In the Big Blue World” and “Go With the Flow.”

There are a few updates though to this new version. There is a new script, new set pieces, and a new LED video wall. This wall is designed to visually extend the world created by the physical sets on stage. Scenes depicted will include things like a 32-foot-long sunken submarine and a 15-foot-tall fish tank volcano.

Disney shared the announcement on their social media.

Follow The Mouse For Less for more information about the latest Disney’s Animal Kingdom news.

0 replies on “Finding Nemo: The Big Blue….and Beyond To Debut June 13”