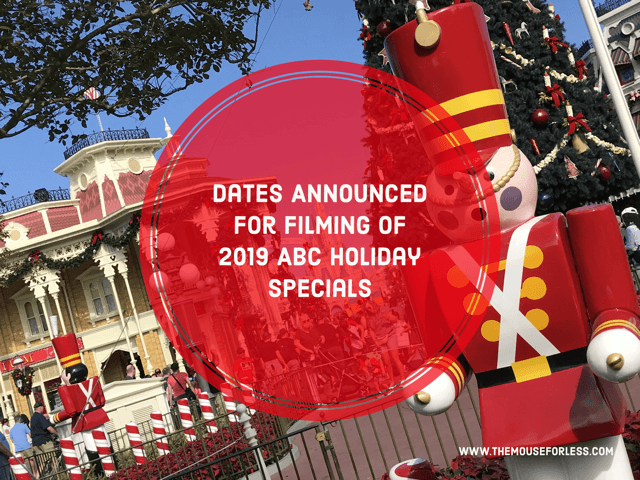 One of the most asked questions this time of year is when will Disney be filming their annual holiday specials that air on ABC each season? As of right now, it appears that those dates for 2019 are  November 7, 9 and 10. Right now, the schedule is for filming that on November 7, they will be at Disney’s Hollywood Studios and the will be at the Magic Kingdom on November 9 and 10.

Tickets will not be made available to regular park Guests. Instead, Cast Members will be filling in as the audience. It may be possible to see parts of the filming from guest areas however.

Dates for when these programs will air on ABC and other Disney-owned networks will be announced.