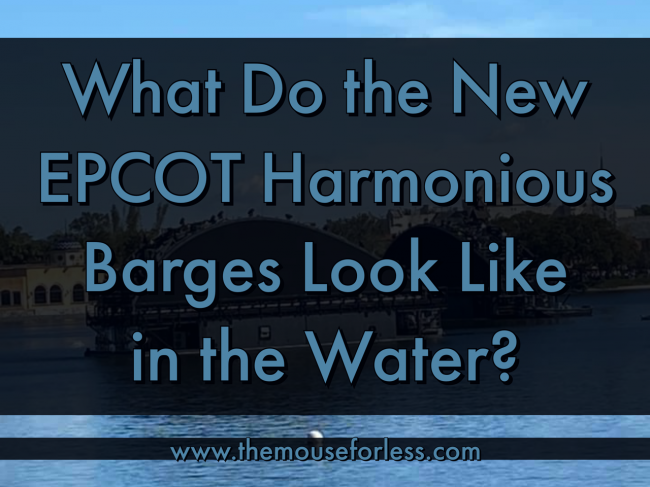 For those who may have missed it, the Walt Disney World Resort is still actively working on the new nighttime show for EPCOT. Called, Harmonious, this new show is slated debut later this year.

Harmonious will be the largest nighttime spectacular ever created for a Disney park. This new show will celebrate how the music of Disney inspires people the world over. It will feature a number of familiar Disney tunes that have been reinterpreted by a diverse group of artists from around the globe.

And those custom LED panel barges are what are currently showing up in the World Showcase Lagoon!

As you can see, two barges can currently be seen floating and they are HUGE! 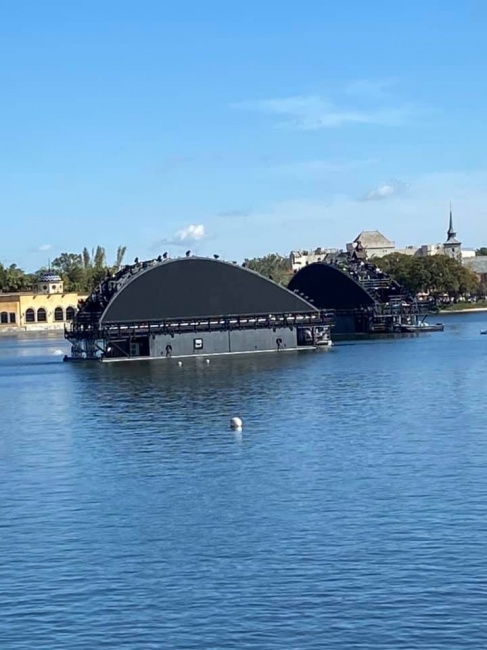 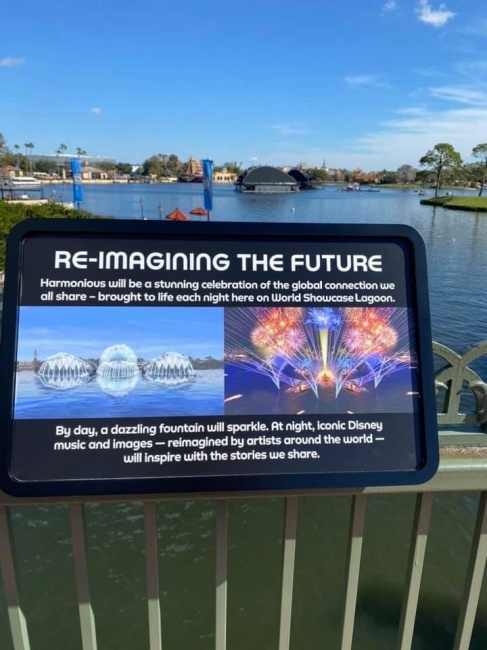 There’s no official word on when Harmonious will debut. Disney is saying they should have it up and running for Walt Disney World’s 50th anniversary. (The official date is October 1. The kickoff date for the 50th celebration has not been announced, as of yet.)