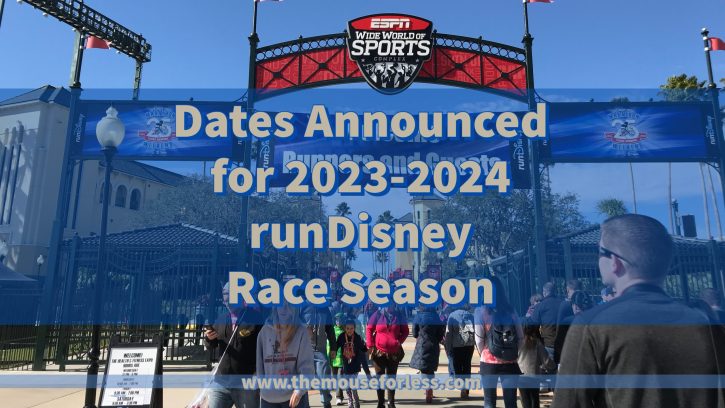 This weekend is the Walt Disney World Marathon weekend, but Disney has just announced the schedule for the 2023-2024 runDisney race season! The upcoming season will include exciting races through Disney parks, as well as virtual events.  And good news, Disneyland Resort will be included in this year’s race lineup, as well as Walt Disney World. (As was previously announced back at the D23 Expo.)

The Disneyland Half Marathon Weekend will take place from January 11-14, 2024. The weekend will include three endurance events, a challenge and more! Also returning will be the runDisney Coast to Coast Race Challenge in 2024! That’s for those who run race weekends in both Walt Disney World AND Disneyland.

Dates for this year’s lineup include:

runDisney races are unlike anything you’ve experienced. There’s entertainment, characters, and Disney magic at every mile. But if you want to run at home, you can do that too. That’s because runDisney virtual events are also going to be available and a great way to earn those coveted medals.