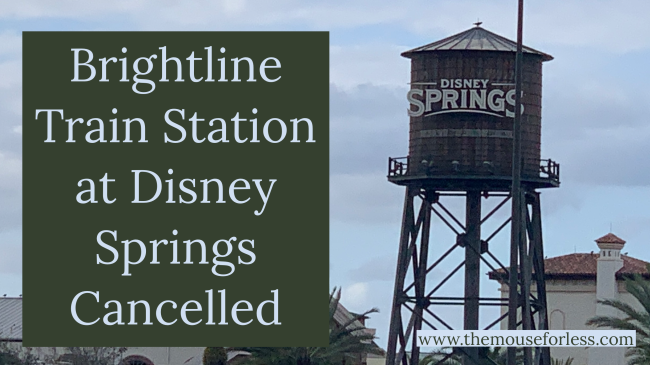 Well, it appears that the high speed train stop at the Walt Disney World Resort is not happening anymore. According to a report from the Orlando Business Journal, plans have been canceled for the previously announced Brightline train station at Disney Springs.

It was previously announced that the Brightline rail station was going to be added back in 2020. Brightline shared that they struck a deal with Disney to build a station for the high-speed rail service at Disney Springs. The location of the now formerly announced station was unannounced. The station it was slated to include a lobby on the ground level, passenger facilities, and an upper-level train platform.

Follow The Mouse For Less for more information about the latest Walt Disney World news.