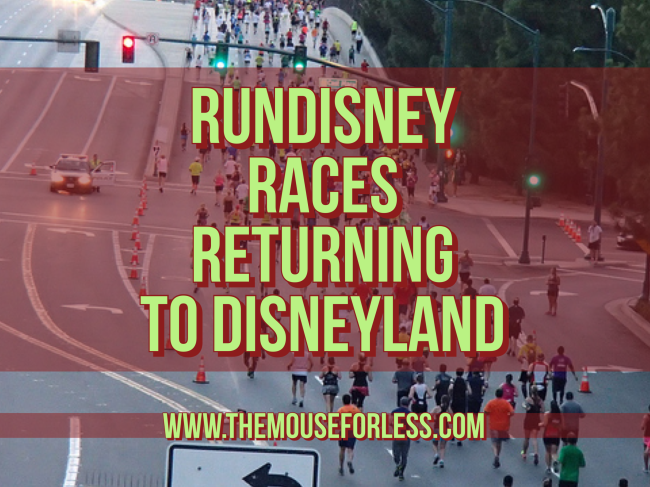 In a move that, I have to say, surprised me, Disney announced today at the D23 Expo that runDisney races will be returning to the Disneyland Resort. No real specifics were announced besides the fact that the events would be returning. Past themes included the Tinker Bell Half Weekend and the Disneyland Half Weekend. We also saw the Avengers Super Hero Weekend, and the Star Wars Half Marathon Weekend.

Disney also did not share a timeline for when these races would be returning. More details will be shared here when they are released.

Follow The Mouse For Less for more information about the latest runDisney and Disney D23 Expo news.

0 replies on “runDisney Races Returning to the Disneyland Resort”