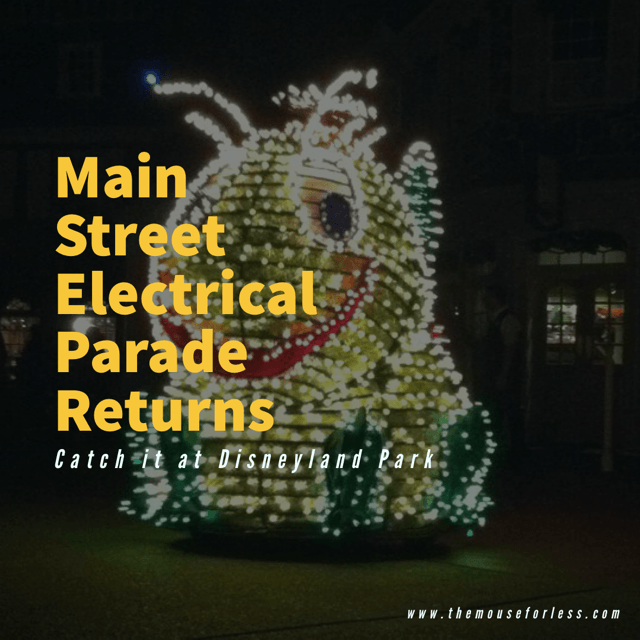 It’s coming back again! The Main Street Electrical Parade is going to roll down the streets of Disneyland Park this summer for another encore performance.

In the evening, as lights go down, Guests will be able to hear that iconic musical score as they see a variety of floats featuring beloved Disney characters. These floats are covered with approximately half a million colorful LED twinkling lights. The soundtrack includes the ridiculously catchy tune with its “electro-syntho-magnetic musical sounds.”

The parade, which is loved by all, was brought to light back in 1972. Since its debut, the parade has appeared at Disney Parks around the globe. Most recently, the parade ran for a limited-time at Disneyland in 2017. Prior to that, it was shown at Disney California Adventure from 2001-2010.

The Main Street Electrical Parade will debut on August 2 and will run until September 30.

0 replies on “Main Street Electrical Parade Coming Back to Disneyland”