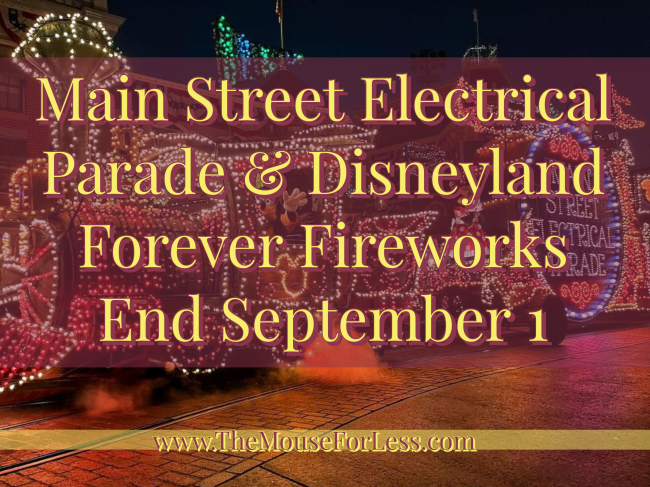 This year, we’ve been able to enjoy the return of fantastic nighttime spectaculars including the Main Street Electrical Parade and the fireworks show, Disneyland Forever. But soon, these two will be ending their limited time runs at the Disneyland Resort. They will both end on September 1, 2022.

Until then, you can continue to catch Disneyland Forever fireworks spectacular and the 50th-anniversary celebration of the Main Street Electrical Parade nightly. You won’t want to miss your chance to experience these two Disneyland Park nighttime spectaculars.

In celebration of its milestone anniversary this year, the Main Street Electrical Parade debuted an all-new grand finale. This finale puts together more than a dozen Walt Disney Animation Studios and Pixar Animation Studios stories together. The floats include a different set of stylized scenes from favorite stories such as “Encanto,” “The Jungle Book,” “Raya and the Last Dragon,” “Aladdin,” “Coco,” “Mulan,” “Brave,” “The Princess and the Frog” and more.

Stay tuned to The Mouse For Less for more details on more Disneyland Resort fun.