Home » News » Disneyland News » Details for How To Experience Star Wars: Rise of the Resistance at Disneyland 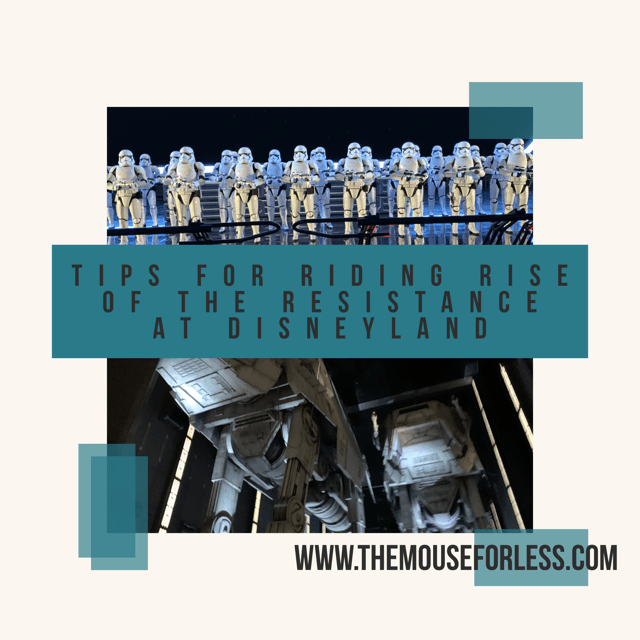 We’re getting closer and closer to the official opening of Star Wars: Rise of the Resistance in Star Wars: Galaxy’s Edge at Disneyland Park. So, if you’ll be visiting that coast to experience the attraction first, what will you need to do to ride? We now know that Guests will need to utilize the virtual queue – otherwise known as the boarding pass process. This process has been in use at the Walt Disney World Resort since Rise of the Resistance opened in December.

How does the boarding pass process work? Well first, this virtual queue is not a physical line. Guests who are able to obtain a boarding pass will be free to enjoy the rest of Star Wars: Galaxy’s Edge and Disneyland until their pass is called and it is your turn to experience Star Wars: Rise of the Resistance.

To obtain your boarding pass for Rise of the Resistance, you’ll need to enter Disneyland Park. You’ll then be able to request to join the virtual queue and will be assigned a boarding group. You can do this with either with the Disneyland app or at select locations within the park.

Guest who obtain a boarding pass Rise of the Resistance will only be able to get one pass per day.

To find out which boarding groups are being admitted into the attraction at a specific time, you can check via the app or the in-park signs.

As someone who has already been a part of the boarding group process at Walt Disney World, here are my tips. First, get to the park early and have your ticket media already in hand. You’ll also want to make sure you have the app downloaded onto your phone. Finally, stay off Disney’s wifi, as people seem to have better luck when they are not connected to Disney’s wifi.

0 replies on “Details for How To Experience Star Wars: Rise of the Resistance at Disneyland”