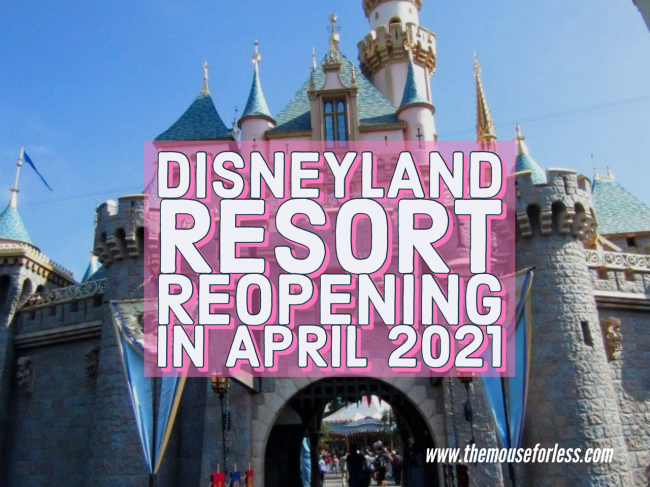 Almost one year ago, the Disneyland Resort due to concerns over COVID-19, but according to Walt Disney Company’s CEO, Bob Chapek, the resort is expected to reopen once again and soon.

Chapek spoke about the potential reopening of late April for Disneyland Park and Disney California Adventure at today’s Annual Shareholder Meeting. This is all due to the fact that California recently revised their state’s reopening guidelines. These revised guidelines are allowing theme parks the ability to reopen starting April 1st. However, Disneyland is not going to immediately reopen. Instead, according to the statement from Chapek, they likely will be reopening later in April. 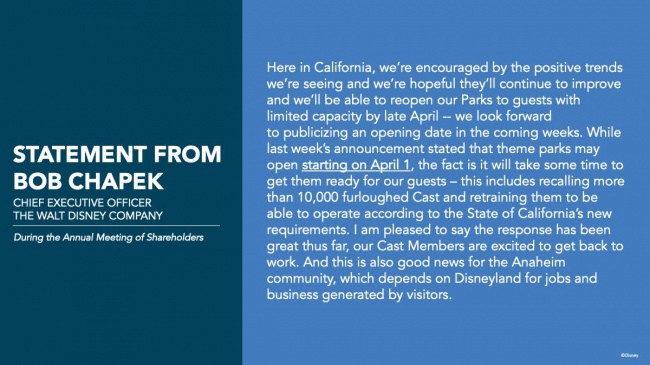 Here in California, we’re encouraged by the positive trends we’re seeing and we’re hopeful they’ll continue to improve and we’ll be able to reopen our Parks to guests with limited capacity by late April — we look forward to publicizing an opening date in the coming weeks. While last week’s announcement stated that theme parks may open starting on April 1, the fact is it will take some time to get them ready for our guests – this includes recalling more than 10,000 furloughed Cast and retraining them to be able to operate according to the State of California’s new requirements. I am pleased to say the response has been great thus far, our Cast Members are excited to bet back to work. And this is also good news for the Anaheim community, which depends on Disneyland for jobs and business generated by visitors.

A Touch of Disney

Stay tuned to The Mouse for Less for the official reopening date of the Disneyland Resort.