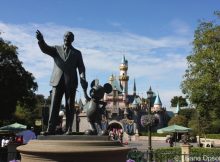 Disneyland Resort in California
In the 1950s, when Walt Disney began designing what would become Disneyland, not even he could have foreseen that by 2016 there would be 12 Disney theme parks
Read More

Uncategorized
Walt Disney is an intriguing character to study.  When I was watching Walt: The Man Behind the Myth (which originally aired February 3, 2011, on CNBC) to receive
Read More