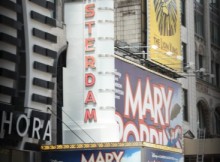 General Disney Fun
When we visited Walt Disney World in 2010, two of our girls who had just turned 2 and 1, fell in just as much love with the Festival
Read More

Disney Merchandise
We wish we could visit Disney Parks more often, but being a 16 hour drive away, it takes some major planning and budgeting.  Even when we cannot enjoy
Read More