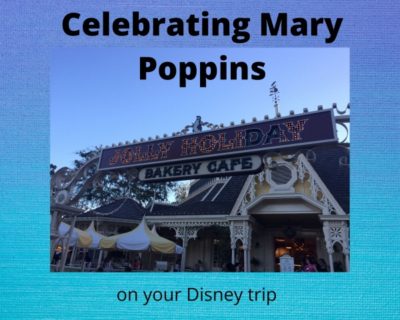 My favorite Disney film of all time is, hands down, Mary Poppins. The music, the incredible characters, and the heart warming story of a father learning how to truly be present for his children gets me every time. 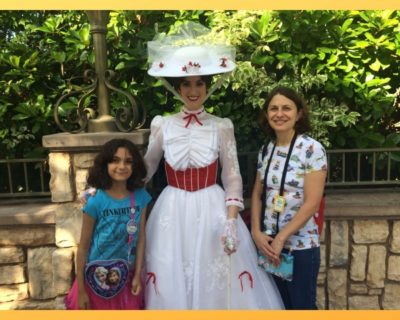 If you’re as crazy about Mary Poppins as I am, you might notice that this film’s presence in the parks and resorts are not as blatant as you might expect. For a long time, you’d be hard pressed to find much that was themed towards this movie.

But that has been changing at both Disneyland and Walt Disney World. Now, if you’re a Poppins fan, there are certain places you can find themed towards that magical nanny who is practically perfect in every way. 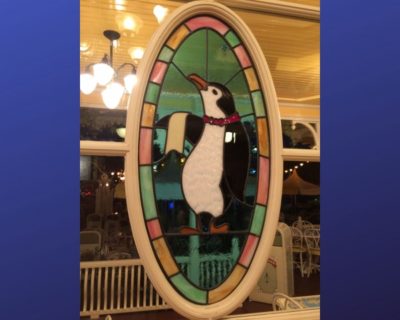 A detail at the Jolly Holiday Bakery Cafe

Speaking of Jolly Holiday, at the end of Main Street you’ll find the Jolly Holiday Bakery Café, which is a fun place to stop for a quick snack or meal. The pastries are delicious, and the soups, salads and sandwiches just right. There is no indoor seating here, but when the weather is nice (and in Southern California, it often is!) sitting under an umbrella at a table outside and watching the crowds go by is very pleasant. 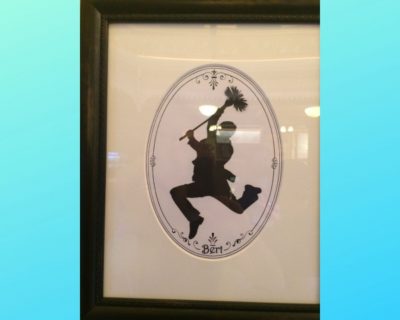 The next time you ride King Arthur Carrousel, try to find an elaborately decorated horse named Jingles, so named because of the carvings of jingle bells hanging from her saddle. If you look very closely, you will notice the parrot from Mary Poppins’ umbrella decorating the saddle blanket. This horse was dedicated to Julie Andrews shortly after the 50th anniversary of Disneyland. 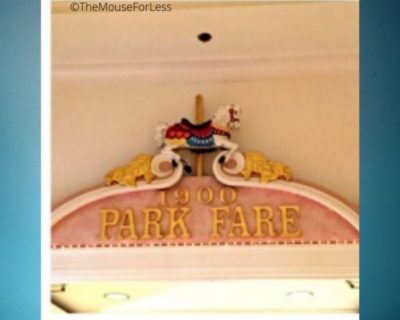 1900 Park Fare, in the Grand Floridian

You can also meet Mary, sometimes accompanied by a penguin, at the Magic Kingdom, usually on Main Street, U.S.A., although she has been known to appear in the gazebo in Liberty Square. You might even find her in Epcot’s World Showcase, in the United Kingdom pavilion.

Another area that is themed to Mary Poppins is the Disney Vacation Club section of the Grand Floridian resort. The theming here is elegant and subtle. My favorite homage to the movie in this resort is the fanciful fountain in the lobby, where penguin waiters frolic. 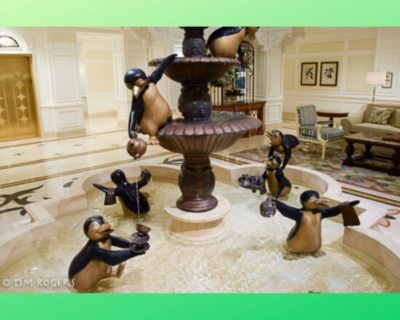 Fountain at the Grand Floridian

Also at the Grand Floridian, the restaurant 1900 Park Fare holds a character breakfast daily. Mary Poppins is often in attendance to meet with guests, pose for photos, and sign autograph books. 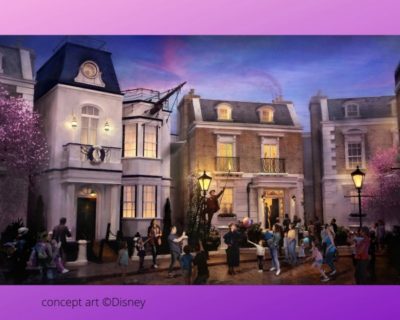 Of course, Mary is going to be celebrated in a big way very soon. The United Kingdom pavilion will be unveiling a Mary Poppins attraction in the future. Details on this attraction are scarce, but it’s exciting to know that this live action masterpiece will finally get a full on attraction! (Editor’s Note: Again, this article was written before COVID-19 hits, so while the Mary Poppins attraction has been announced, there is no word on if Disney will decide to go through with this attraction moving forward.)

What are some of your favorite ways to celebrate Mary Poppins at both Walt Disney World and Disneyland? Share your thoughts in the comments or on Facebook or Twitter!