Disney+ has brought a wide range of great entertainment to all of our homes. From the whole back catalog, to the Mandalorian and the amazing Imagineering Story, there is something for any Disney fan there.

One of the most talked about projects from the announcement of Disney+ was “One Day at Disney.” Both a book, and a ton of original programming for Disney+, this “secret company project” focused on people who work throughout every aspect of the Disney company.

And it is great.

No matter what part of Disney you care about, whether it is animation, or ESPN, or (especially for my interests), the theme parks, One Day at Disney contains small featurettes that will give you insight and appreciation into the little things you might take for granted.

If you are wanting to take this in, I would suggest starting with the hour long “movie” that ties a bunch of the stories together with some of Bob Iger’s personal story. After that, they have released a series of short (less than 5 minutes) featurettes. Each of these basically takes you through a day of a member of the Disney family. While they are all great, some of my favorites include: 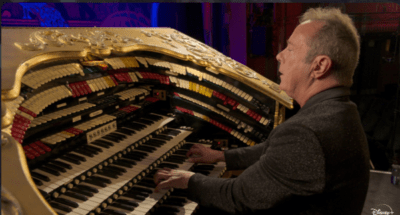 And tons of others , including animators, event staff, performers, and more.

Really, this project gives a behind the scenes look at the people who make Disney magic happen, and should be a must-view for every Disney fan. If you find yourself missing the Disney parks, wanting a quick Disney fix, or just wanting to learn something interesting, check out One Day at Disney right now.

Have you caught One Day at Disney yet? What were your thoughts? Let us know in the comments or on Facebook or Twitter!

Tags:#DisneyPlus, disney, One Day at Disney