Rarely seen characters are one of the highlights of Mickey’s Not-So-Scary Halloween Party, and this year is no different. Long lines form early for the stars of the party, such as Snow White’s Seven Dwarfs holding court inside the tent of Pete’s Silly Show and Jack Skellington and Sally from the Nightmare Before Christmas (Liberty Square). Mickey shows off his Halloween outfit at the Town Square Theater. If seeing them is a priority, line up as soon as you arrive at the park. The meet-and-greet may get started as early as 6:00 p.m. for guests with a wristband identifying them as partygoers. 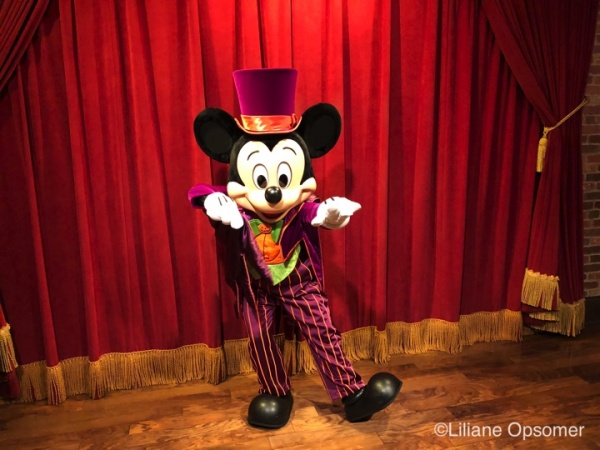 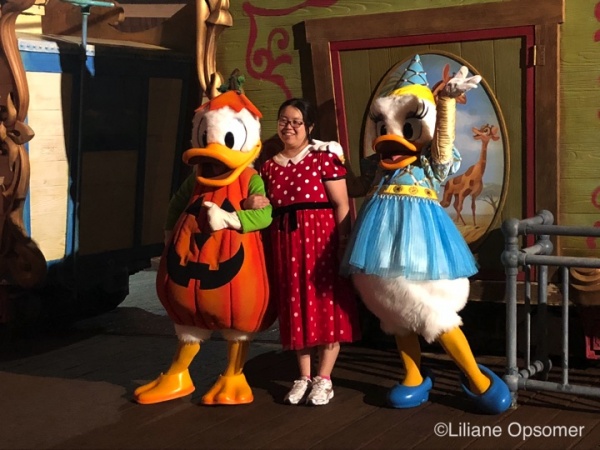 Over at Tomorrowland, join Mike and Sulley, the hosts of the Monstrous Scream-O-Ween Ball held at the Rockettower Plaza Stage. Lotso is also celebrating here and so is Stitch in his Elvis costume. 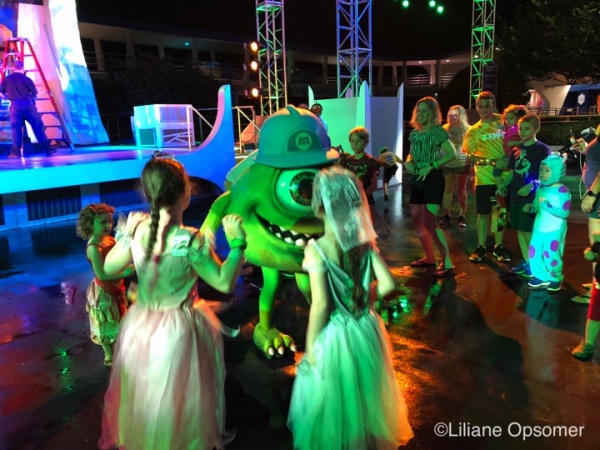 Adventureland is home to Jack Sparrow and the Pirates of the Caribbean ride where Gunpowder Pete, a live-action character, interacts with guests experiencing the attraction. 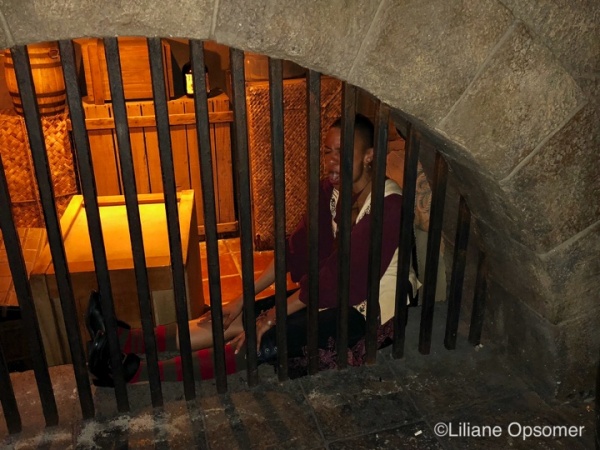 Aladdin, Abu, Genie, Jasmine, and the evil Jafar are available near the Flying Carpet ride, while Tarzan, Jane, and Terk meet guests in front of the entrance to the Swiss Family Treehouse. New this year is the opportunity to meet Moana. She can be found at the entrance to the Enchanted Tiki Room. 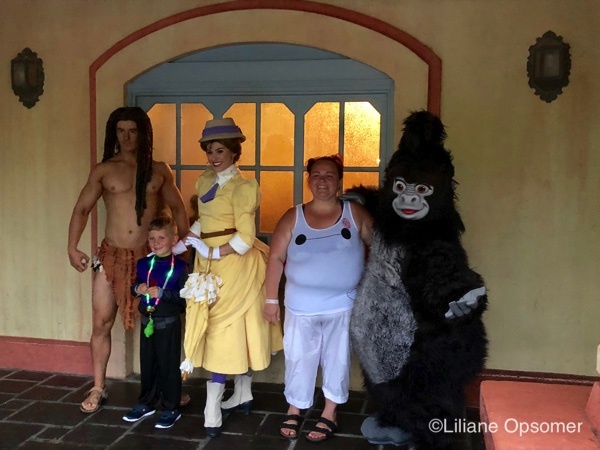 Inside Fantasyland, the Queen of Hearts, Alice, Tweedle-Dee, Tweedle-Dum, and the Mad Hatter are in demand, as are Cruella DeVil, Ariel, and Prince Eric, as well as Belle and Gaston. As a matter of fact, Fantasyland has the highest concentration of characters in the entire park. 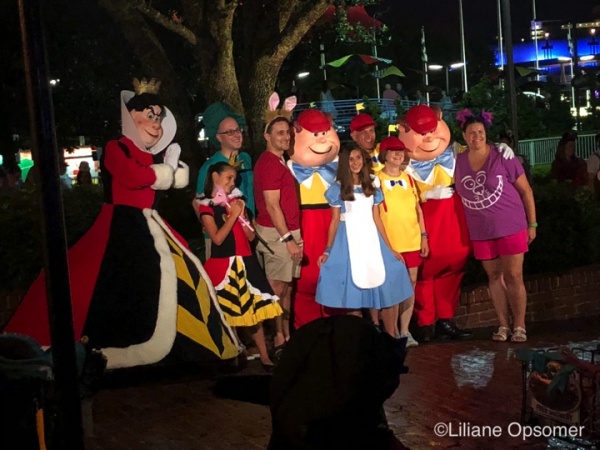 My favorite characters are the Cadaver Dans, the grave diggers performing on Liberty Square, and the Haunted Mansion ghosts that socialize on the front lawn of the mansion while guests are queuing up for the ride. 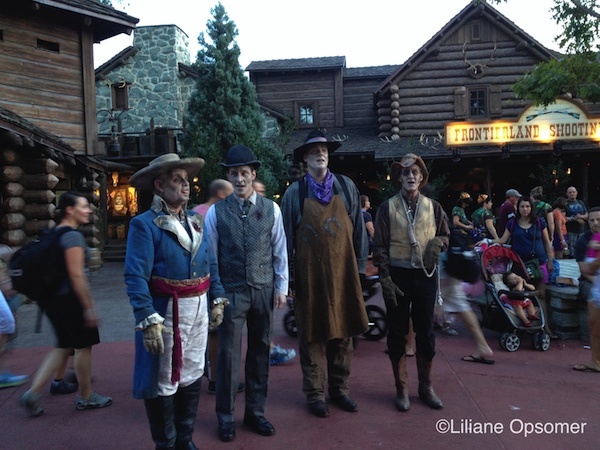 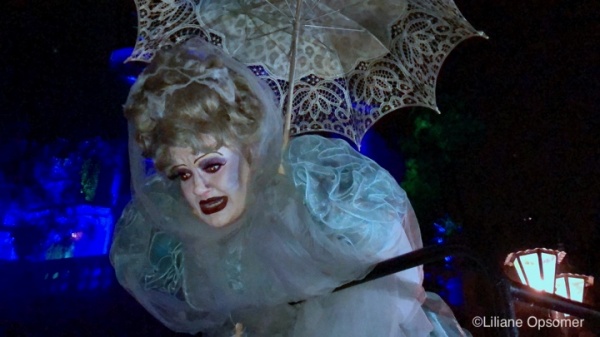 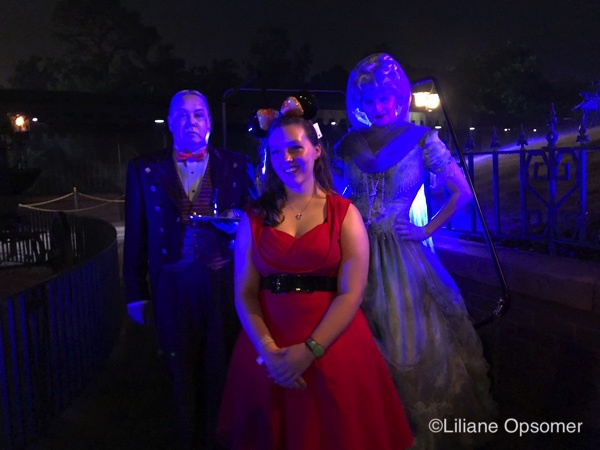 I strongly encourage you to join the fun and dress up. You won’t be alone, as guests, young and old, come clad in most creative costumes. I love watching entire families dressed to the theme of a movie or Disney ride. And yes, I did do some Disneybounding of my own. Disney has rules on what not to wear and what not to bring to the parks. Find out the details here. 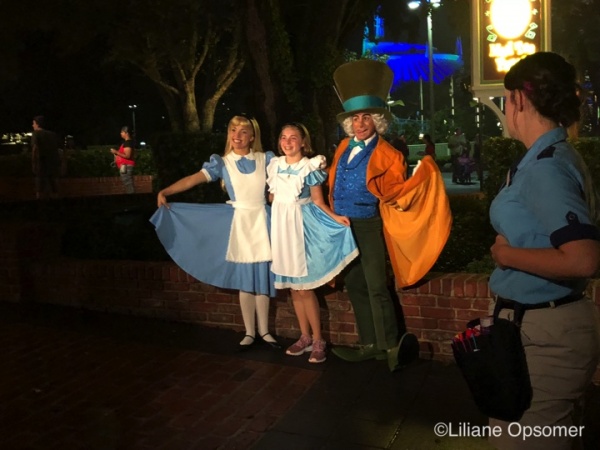 Meeting all the characters is an impossible mission, and there is so much more to do. Make sure to see the Boo-To-You Halloween Parade held at 9:15 p.m. and 11:15 p.m., the Hocus Pocus Villain Spectacular (three nightly shows), and the must-see HallowWishes fireworks at 10:15 p.m. Last but not least, 14 trick-or-treating stations provide enough candy to keep you going, so go for it! 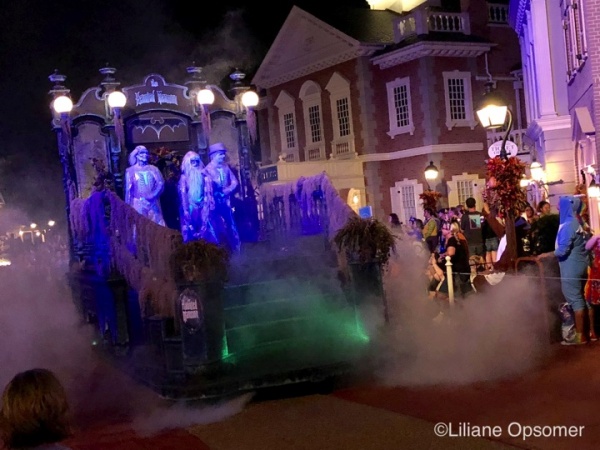 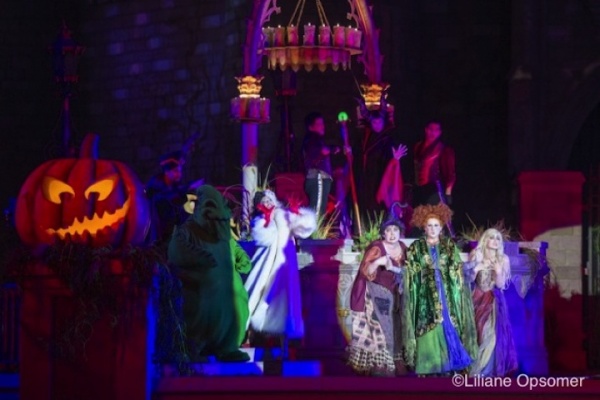 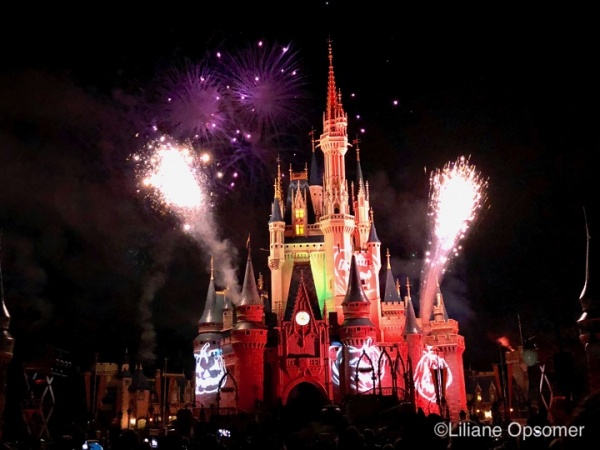 Mickey’s Not-So-Scary Halloween Party runs 7 p.m. till midnight on select nights, now through October 31st. Tickets at $75 for adults, if purchased in advance, and $70 for children ages 3 to 9. Prices at the gate, if available, are about $10 more.