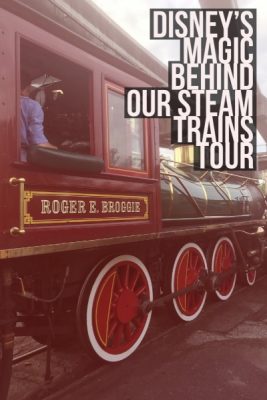 I’ve been to Walt Disney World hundreds of times, know the attractions and parks like the back of my hand, and feel that the Magic Kingdom is my second home. I’m always looking for new, unique experiences and opportunities to learn more about Walt Disney World, and WDW tours are a great way to do just that! I recently came across the Magic Behind Our Steam Trains Tour;  this experience allows you to learn more about the steam trains at the Magic Kingdom, and Walt Disney’s love of steam trains. As my dad is a train-lover, I took him along to experience this tour! Here, I’ll bring you my review of this tour, and will try to keep the spoilers to a minimum!

This tour is offered every day except Friday and Saturday; we went on a Monday and there were only three tour participants, which made for a great, intimate tour experience. The group meets outside the Magic Kingdom at 7:15 a.m. and the tour begins at 7:30 a.m., going until 10:30 a.m.. For $54 per person, I found this tour to be a great value. We also got a slight annual passholder discount, and I was told that DVC members also get a discount as well. 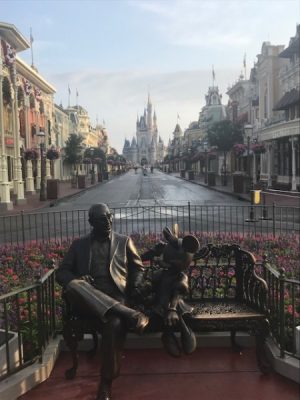 The tour began early in the morning, and we got to experience Main Street U.S.A. before the crowds ascended, which was a great experience, if you don’t mind waking up early. We took a bathroom break about halfway through the tour and were given bottled water; no meals are included in this experience. 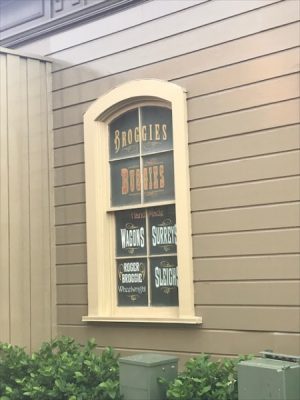 The Disney’s Magic Behind Our Steam Trains Tour

Now, for the good part! Our tour guide, Jimmy, was fantastic. He had an obvious passion for steam trains and Walt Disney World, and he was able to keep us engaged and interested for the entire three hour experience. We started our tour by cutting past the park guests waiting to be admitted into the park, where we got to enjoy a nearly empty Main Street U.S.A. We learned about how the steam train engines were acquired, who each of the four trains are named after, and boarded an empty steam train to take a ride to the roundhouse. 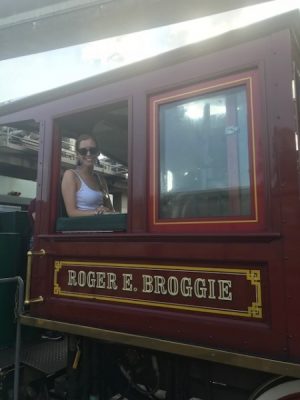 At the roundhouse, we learned all about the maintenance and operations of these amazing steam trains, and got to get into the engine with the engineer to learn about how to operate a train. We were able to take lots of photos, and were encouraged to ask questions! 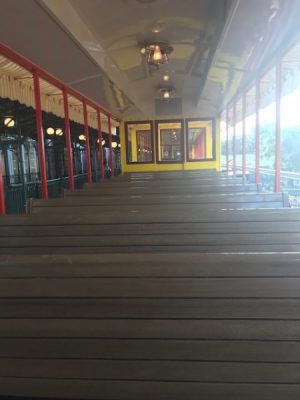 The second portion of the Disney’s Magic Behind Our Steam Trains Tour focused on Walt Disney, his life, and his longtime love of steam trains. We saw photographs of Walt in his younger years, learned all about his 1:8 scale train at his California residence, and his risk-taking as a businessman. Our tour concluded with a special gift. 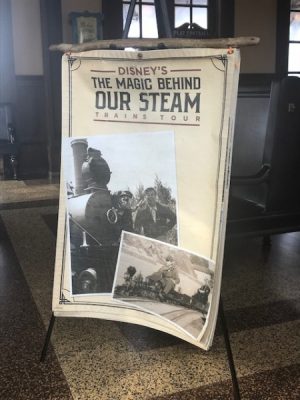 My dad and I agreed that this tour was extremely well-done. We loved the special behind the scenes experiences, the opportunity to learn about how steam trains operate, and the significance of steam trains in Walt Disney World and Disneyland. While I’m not a train person, my dad has a good understanding of and appreciation for trains; we both were able to take lots of information away from the experience, even with different background understanding of the material. I walked out of the tour with goosebumps, feeling a real connection between Walt Disney and the steam trains, and will never look at the trains the same way!

If the Disney’s Magic Behind Our Steam Trains Tour is something you’ve been considering, train lover or not, I highly recommend experiencing it for yourself! 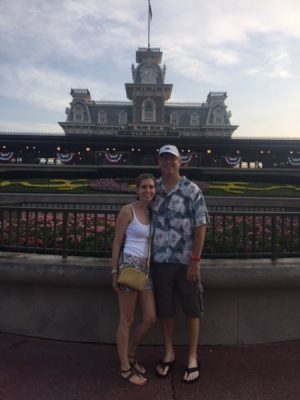 Have you ever done the Disney’s Magic Behind Our Steam Trains Tour before? What were your thoughts?  Let us know in the comments, or on Facebook or Twitter.