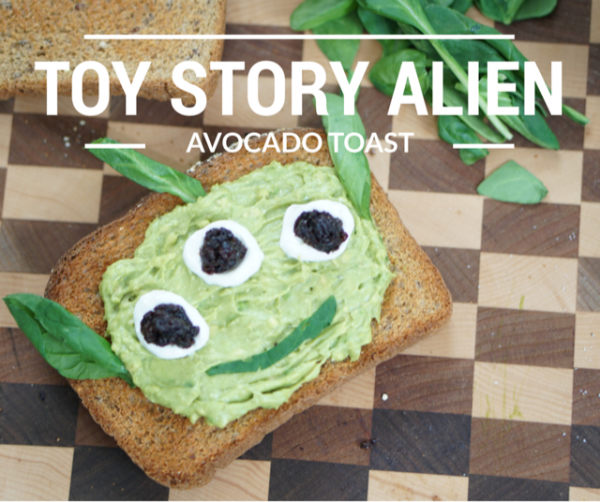 In honor Toy Story Land, which debuts tomorrow at Disney’s Hollywood Studios, we’re going to make the ultimate snack for Disney millennials, Toy Story Alien Avocado Toast! The original recipe was adapted from an awesome craft and recipe site, Disney Inspired. It’s operated by Disney, but based out of the U.K. If you haven’t seen it yet, I highly recommend checking it out for all kinds of cool ideas! Now, onto the food.

First, a brief history on avocado toast. Although it’s been said that people in San Francisco have been putting avocado on toast since the 19th century, its modern day origins take us to Australia where in the early to mid-90s, avocado on toast first started appearing on cafe menus. Avocado toast is a very polarizing food trend. But, it came before millennial pink and rose gold everything. I would say it’s the pioneer of millennial food trends. And with a little pixie dust, we think it will appeal to any Disney fan!

Toy Story Alien Avocado Toast is a great way to try to get your kids to eat a healthy snack in a fun way. It’s high in protein, fiber, and unsaturated fats. I would also argue that it’s a super fun way for adults to have a healthier snack too!

The only thing that this recipe is missing is a squirt of lime into the avocado mash to give it some brightness in flavor. This will also prevent browning of the avocado. So feel free to make that addition when you try it at home! 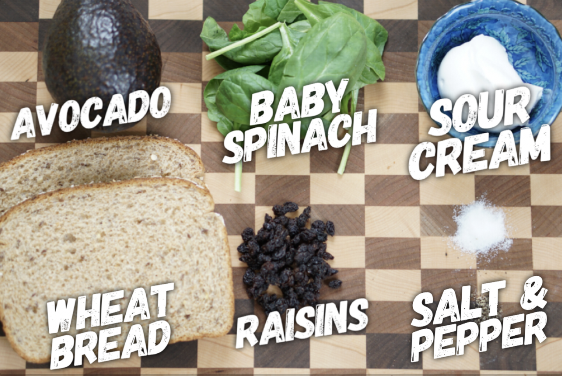 1. Halve the avocado and carefully remove the pit. With a small knife, cut the avocado into squares to make for easy mashing. A perfectly ripened avocado will have darkened skin and underneath the stem piece at the top, it will have a light, milky green color. Spoon out the avocado pieces into a bowl. Using a fork, mash the avocado until it reaches a smooth, silky consistency. Note: You can add a splash of lime at this step also for some zing! 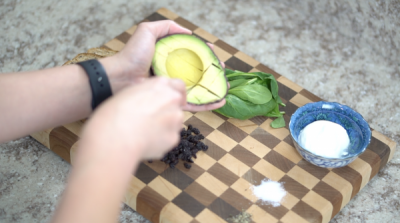 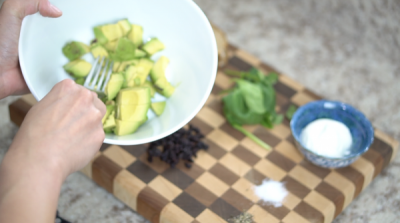 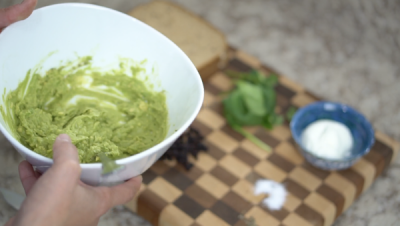 2. Add salt and pepper to taste to the avocado mash and toast your bread. 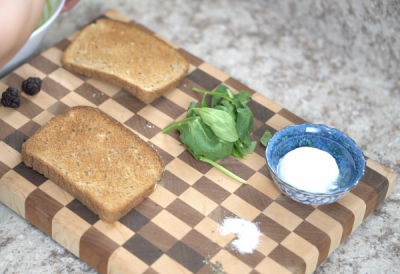 3. Chop the raisins into small pieces. This will allow you to form a tight alien eyeball. Gather about one-half teaspoonful of chopped raisins and roll them in your palm to form a ball. Make 3 balls for the signature Toy Story Alien triple vision. Here, the original recipe calls for halved black olives, so if you’re a fan you can use those! 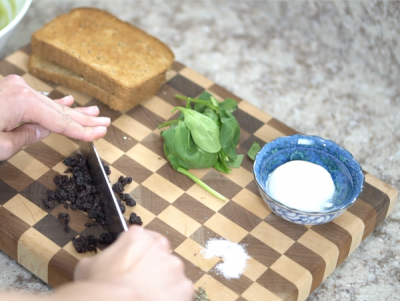 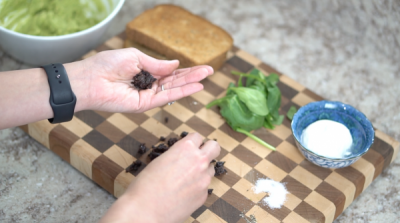 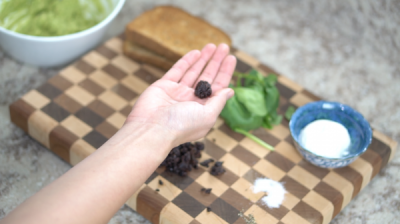 4. Next, let’s make the face. Take your avocado mash and spread it on the toast. Create an oval shaped alien head with the avocado. 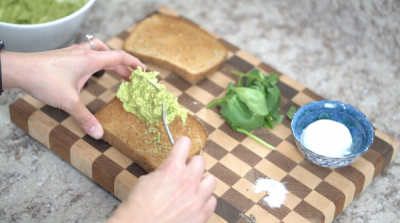 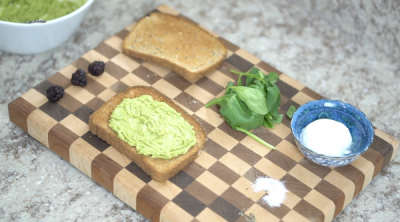 5. Now, Let’s form the eyes. With about one teaspoonful of sour cream, dot the toast to form the whites of the alien eyes. Start with the center eye to make a symmetrical circle shape. The center eye will be slightly higher than the two eyes on the sides (about a quarter to half an inch depending on the size toast your using). Place one raisin ball in the center of each. 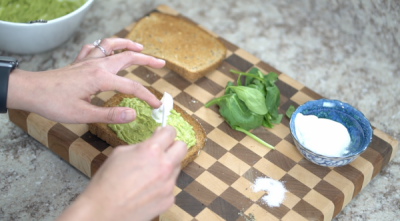 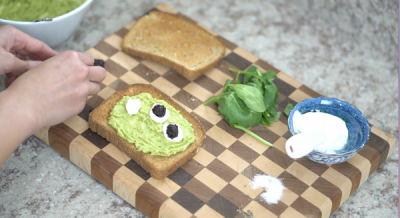 6. Finally, use the spinach to form the ears, mouth, and antenna. Using two similar sized spinach leaves, tuck in the small stem on either side of the avocado spread for the ears. With a small knife, take another spinach leaf and cut off a small, thin, crescent shape for the mouth. Trim another leaf to form the antenna. I like to start by trimming around the stem of the leaf and carefully shaping a small circle at the top. 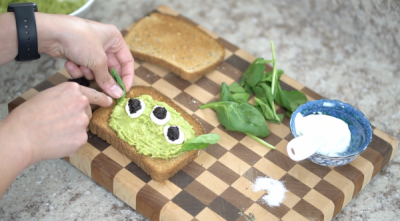 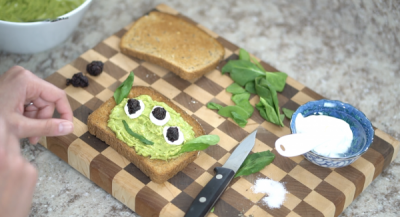 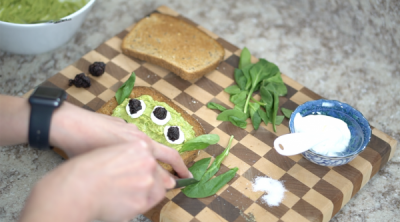 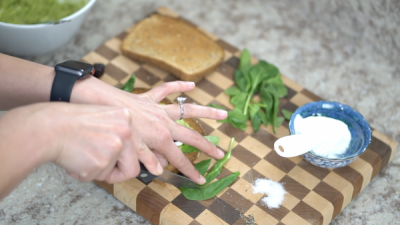 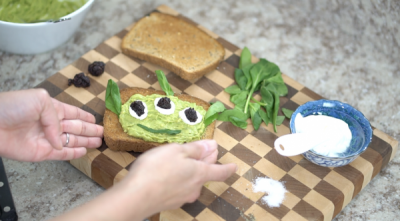 Thanks for reading! My name is Laurie, and I am a lifelong Disney fan! Growing up, we were surrounded by the movies, the characters, and the parks, and from then on Disney was solidified as a passion for me! I recently got engaged in Tokyo Disneyland! I love spreading the magic by hosting the "Disney WTF" podcast where I explain "What's the fuss" to a Disney non-fanatic. I also host a daily flash briefing called, "The Walt Daily." Hope this brings some magic to your day!