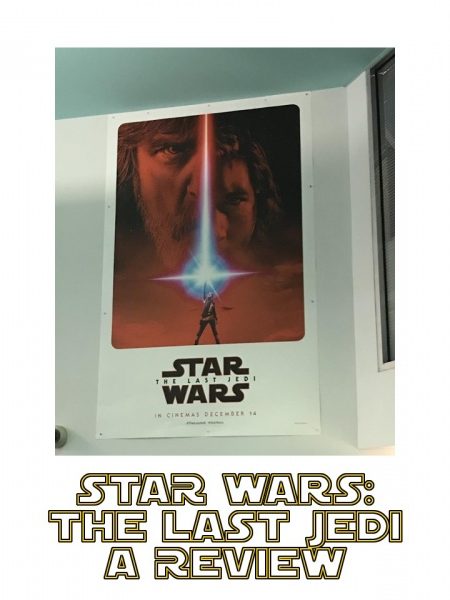 It’s nearly the end of the year and children around the western world are looking forward to a break from school. Fortunately for parents, Disney has come to help stave the boredom of the long school break. Star Wars: The Last Jedi is the latest installment of the Star Wars franchise. Most Star Wars fans have been looking forward to opening day since they watched Episode VII two years ago. But how does the movie stack up to the hype?

My family eagerly awaits the midnight showing on Wednesday 13/Thursday 14 December in Australia – there is a thrill getting to see the movie a full day and a half before our US family. We have promised to keep all spoilers off social media but still our extended family frets that we might ‘give it all away’. Anticipation mounts as the trailers for nearly every movie showing this Australian summer plays before the movie. 30 minutes, counted down through snippets of films. Finally, the house lights dim, the crowd’s eagerness heightens as LucusFilm (et al) splashes across the screen, and then:

A long time ago, in a galaxy far, far away….

The crowd erupts and the strains of the opening music plays. Half the audience reads out the scroll as it flashes up. This is the exhilaration of the midnight opening of a Star Wars movie. This is the Star Wars fandom.

A little over 180 minutes later we exit the theatre. There has been a substantial incident with the projector that puts on hold our watching of the movie about 30 minutes in. When they finally get the movie running again, we all cheer. Even this break doesn’t dampen our enthusiasm.

As we walked to the car for the drive home, I asked the question everyone wants to know. Was it any good? 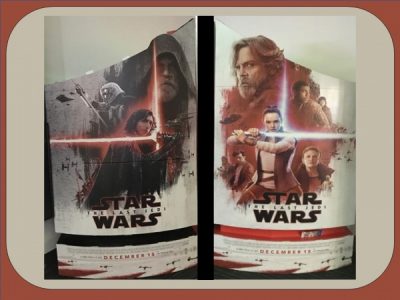 The simple answer, ‘Yes.’ And if you and/or your children are fans of the franchise, then by all means go see it. However, be aware: everyone I have spoken to agrees that this movie is more violent than The Force Awakens, just as Empire Strikes Back was darker than A New Hope.

If you have a more sensitive member of your movie going group, there are several confrontations in this movie. It was impossible to remove the fact that one of the most beloved characters (Carrie Fisher’s Princess Leia) would be making her last appearance in the franchise. This truth brought tears to many in the audience when Leia first appears. Also, like The Force Awakens is a reboot of A New Hope, The Last Jedi is a reboot of Empire Strikes Back. It is darker and there is more death (not ‘Game of Thrones’, ‘The Walking Dead’ death, but death all the same), so keep that in mind when bringing younger people along. My personal belief is that if they made it through The Force Awakens without nightmares, they should be okay through this one too.

Do you need to stay through those closing credits like in a Marvel movie? Not unless you are interested in the names of those who worked so diligently to bring you the entertainment. I would suggest at least staying through to the dedication.

Star Wars: The Last Jedi is now open around the world. It runs 152 minutes (depending on the country we are viewing this movie in, there is a chance that it is shorter), making it a long movie – the longest in the currently Star Wars canon. It is rated PG-13 (UK: A12, Australia: M). The ratings are due to violence and sci-fi themes. There are the positive themes of bravery, friendship, and self-sacrifice throughout the movie. 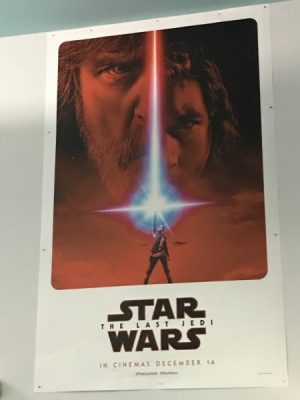 Have you seen Star Wars: The Last Jedi yet? What did you think? Share your thoughts in the comments.