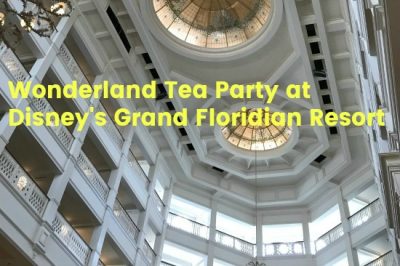 The Wonderland Tea Party is a little-known event for kids ages 4 to 12 that is held at Disney’s Grand Floridian Resort and Spa that provides great value.  The Wonderland Tea Party takes place at 2:00 p.m. inside 1900 Park Fare, the restaurant on the first floor of the Grand Floridian.  The current cost in 2017 is $49.00 plus tax per child and can be discounted for Annual Passholders and DVC members.

There is some good value in this event for the price you pay.  Your child gets:

This event is for children only; parents and other adults are not permitted in the room after you drop them off. A parent or guardian must sign a waiver/consent form upon arrival, on which you list the people who are permitted to pick them up.  Upon pickup, you must show photo ID that matches your name the list. 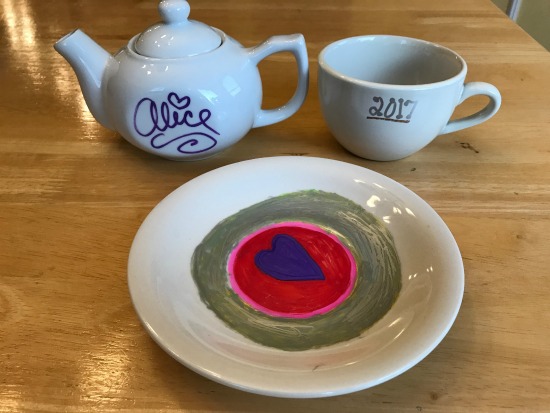 The tea set my daughter received at the Wonderland Tea Party

Unlike some character experiences in restaurants or the theme parks, where there are sometimes hundreds of kids waiting for the attention of one or two characters, this event is quite intimate, with only a dozen or so kids at the event.  They get the attention of two characters (one of whom is a bit rare in the Mad Hatter) for a full hour, have a snack, and take home a nice tea set, all for a reasonable price by Disney standards. 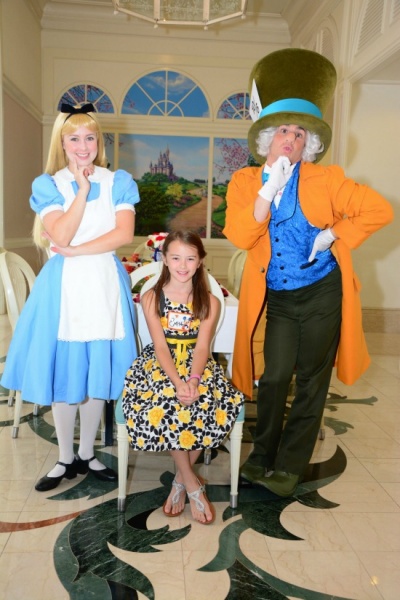 My daughter with Alice and the Mad Hatter

While your child is at the tea party, you might consider visiting Mizner’s Lounge on the second floor for a drink, go to the shops, or just sit in the Grand Floridian lobby or our outside on the grounds to enjoy the atmosphere.

The Wonderland Tea Party is a great value and worth your consideration during your Walt Disney World trip.

Has a little one in your family experienced the Wonderland Tea Party? What were their thoughts? Share in the comments.