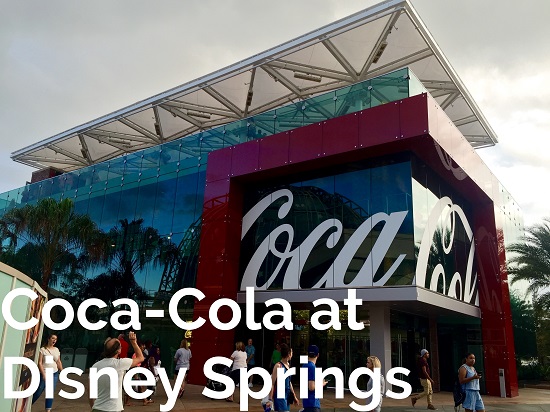 The fun never stops at Disney Springs what with the constant additions of retail, restaurant, and entertainment spaces, one of these being the new Coca-Cola facility. Located right outside the Orange garages eastern most entrance to Disney Springs and right next door to the AMC Theater and Planet Hollywood is one of the larger standalone buildings on Disney Springs property and it’s occupied by one tenant, Coca-Cola. 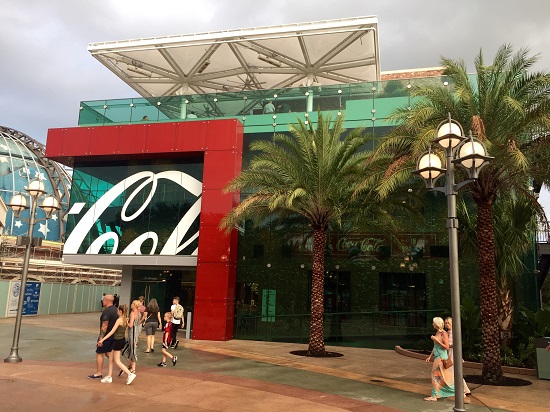 Exterior walls made from brick hearken back to old Coca-Cola bottling plants and the glass motif surrounding the building is reminiscent of the classic Coca-Cola bottle at least in spirit if not in shape. The callbacks don’t stop outside. A large glass chandelier made from old coke bottles in a formation not unlike the fizz found in every bottle of Coke is also present. 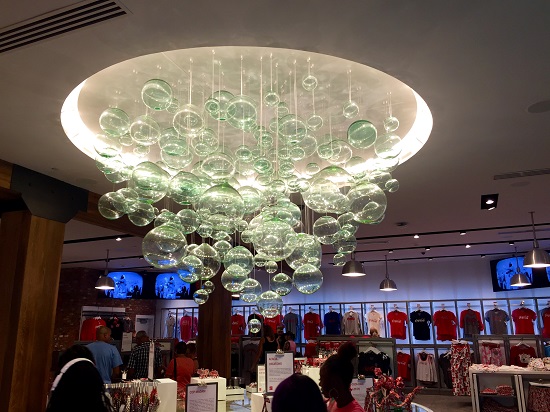 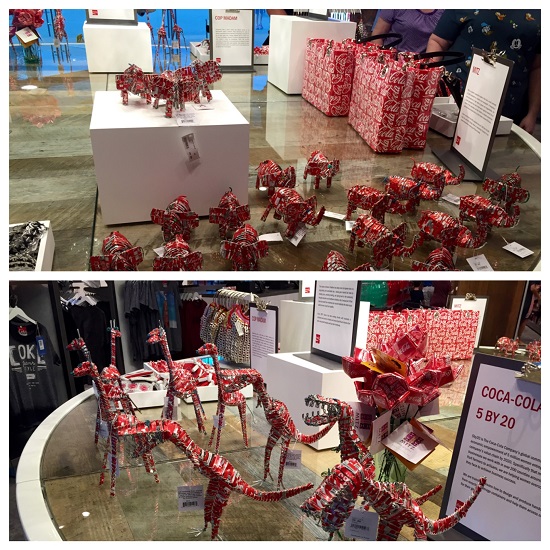 Inside you’ll find just about anything that’s ever been branded with the Coke name: clothing, glassware, home décor, souvenirs, even purses and animal figurines made from old Coke cans. The store portion of the building makes up most of the square footage split between two floors. The ground floor is all merchandise and so if most of the second; the rest is dedicated to the Polar Bear Experience where you can meet the Coca-Cola Polar Bear. 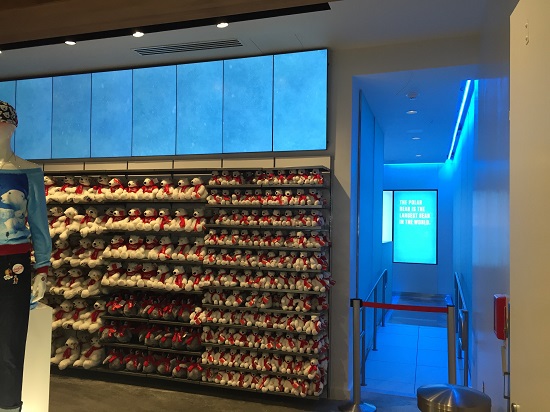 Glimpse into the Polar Bear Experience

While all the merchandise is great the real drawl is the Beverage Bar located on the roof of the building. An elevator or a spiral walkway around the perimeter of the building takes you to an open air bar/sitting area that offers great views of Disney Springs. It’s covered so you don’t have to worry about the sun or rain and in the off chance that it’s cold outside there are heaters available. 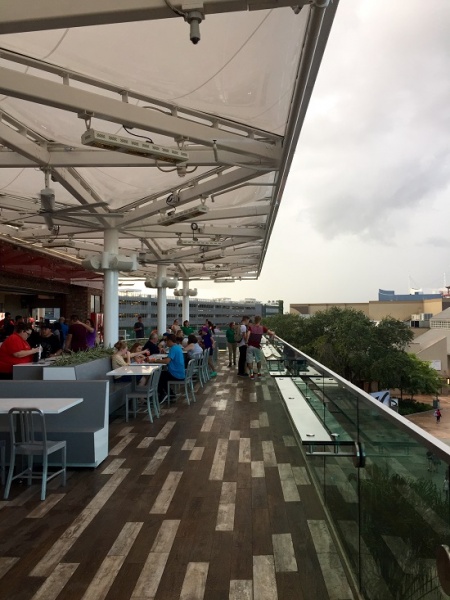 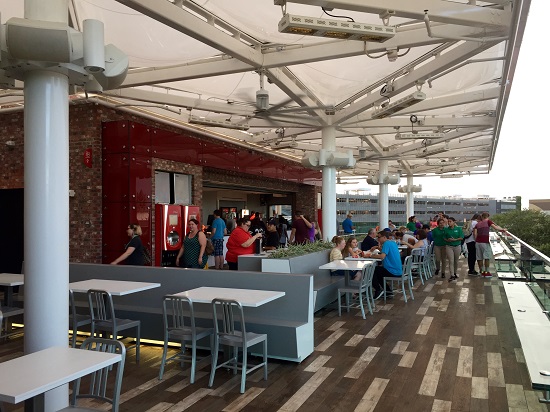 The Beverage Bar offers a plethora of options. Alcoholic drinks are available using Coca-Cola products. You can also choose between numerous non-alcoholic Coke products, partake in a Minute Made smoothie, order a float with any number of soda bases, or stick with basic water, coffee, or energy drinks. They also offer drinks from Coke Freestyle machines which allow you to mix and match flavors with your favorite soft drinks, but be warned there’s a usage limits with the Coke Freestyle machines, one hour or up to five drinks, thank you RFID chips. All that is fine and dandy, but the main drawls are the drink flights. 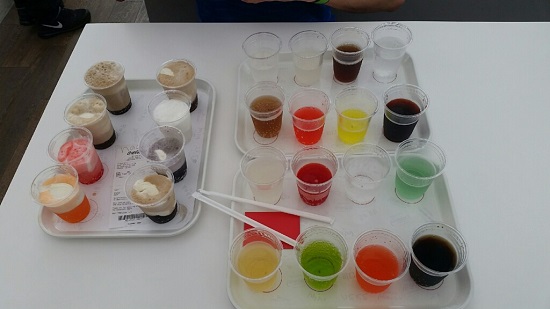 Float Tray on the left, International on the right

The International Tray offers guests sixteen different Coca-Cola products from around the world; if you’ve been to the Coke facility in Atlanta, Georgia you know what to expect. It’s $8.50 for all sixteen and is a fun experience if you’ve never tried anything past basic Coca-Cola or been to Club Cool at EPCOT.

Also on tap is the Float Tray, an eight drink sampler of soda floats using some of Cokes heavy hitters. At $10 it’s a little pricier then the International Tray, but in my opinion it’s the better option. The eight drinks are more manageable then the sixteen offered with the International Tray and their all drinkable whereas some of the sodas offered on the International Tray are not(Beverly anyone?).  If you’re feeling adventurous you can try the Combo Tray which combines the two at a discounted price. For two people the Combo tray was too much soda, but is perfect for a larger party wanting to try everything. 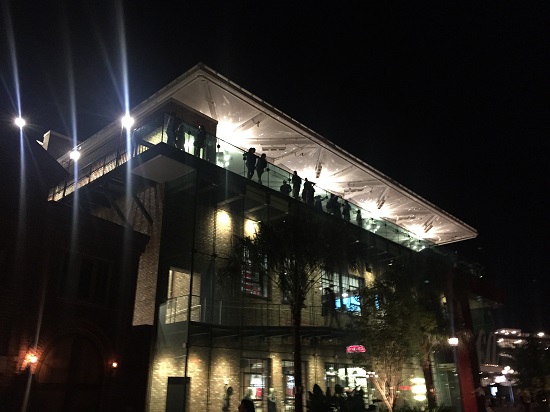 So next time you’re at Disney Springs check out the Coca-Cola building and give the Beverage Bar a well worth it shot. Keep going for more shots from inside the store. 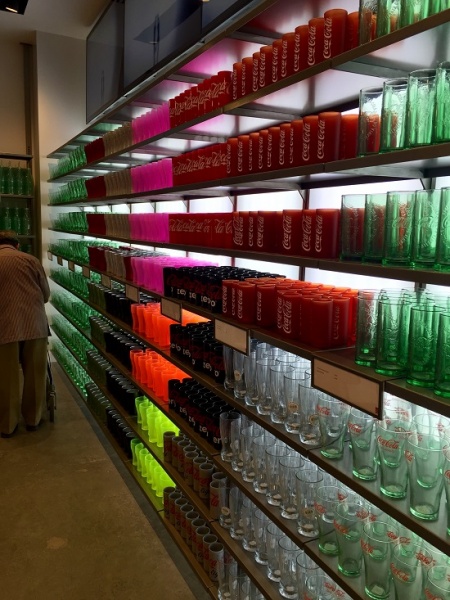 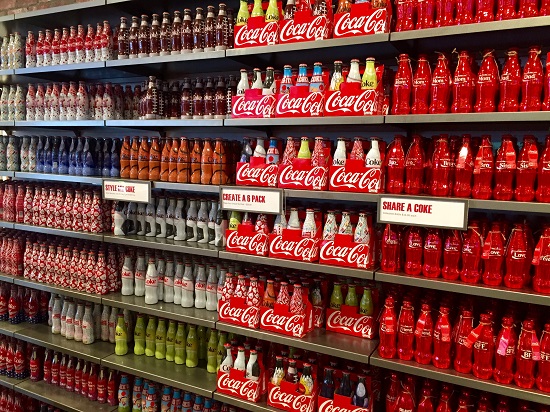 Most of these are filled with Coke 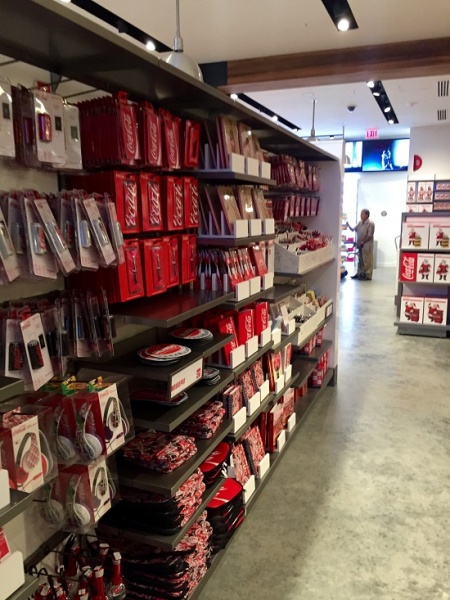 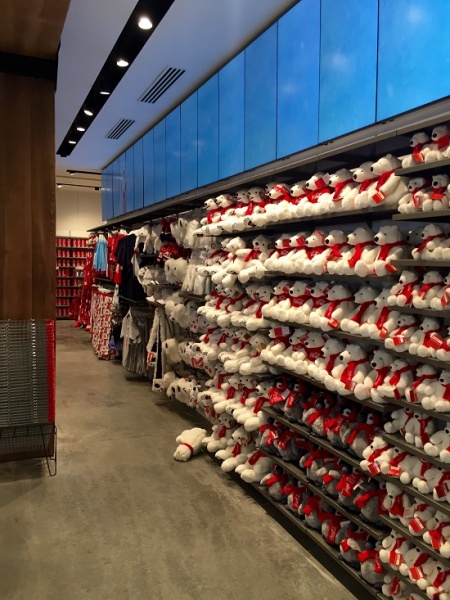 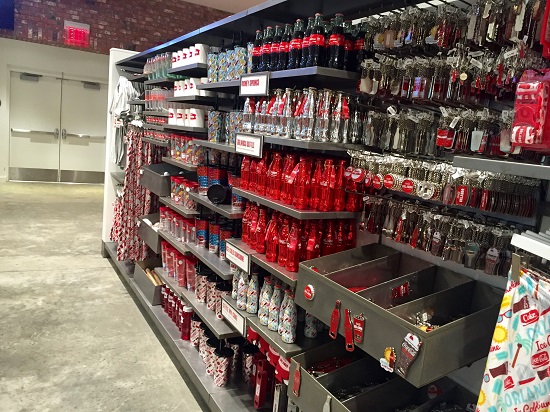 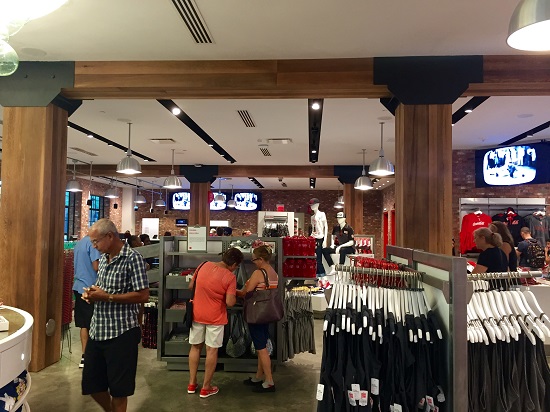 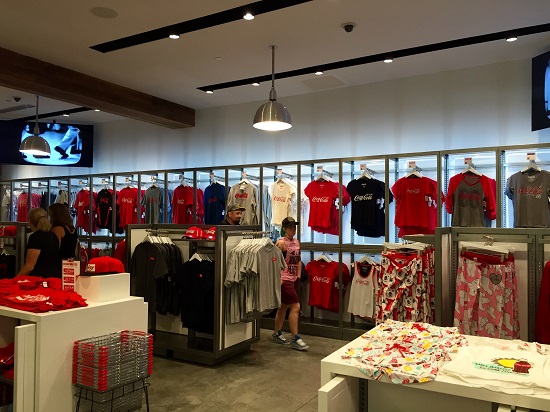 Have you stopped by the Coca-Cola Store yet? What were your thoughts? Share in the comments.