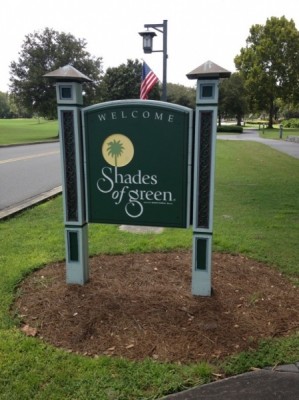 Everyone has a Disney goal, right? My Disney goal is to stay at every hotel on property, so when my in laws offered to let us stay with them one trip at the Shades of Green I jumped at the chance. We stayed for one night September of 2014 and had a wonderful time. The hotel is very nice, plus I’d always been so curious about what it looked like. 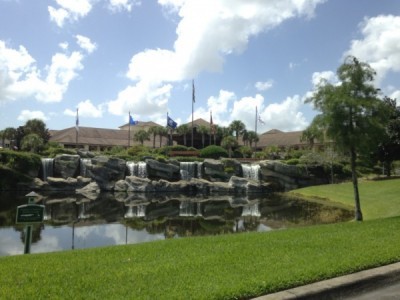 The Shades of Green hotel was originally built in 1973 with 151 rooms. In 1986 the hotel was renamed The Disney Inn and got an additional 150 rooms in the process. The Disney Inn was marketed mostly to golfers since it is situated right in the middle of the Palm and the Magnolia golf courses. These are golfing greens were at one time on the PGA tour and are highly regarded. However the resort was not popular as transportation was a large issue. The hotel was not included on the monorail loop and guest would have to walk across to the Polynesian for transportation. The hotel stayed the Disney Inn until 1996 when it was purchased by the US Department of Defense and renamed Shades of Green. The name Shades of Green is a nod to the military uniform and all the different shades of green. 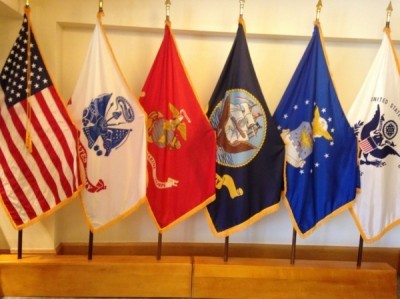 Military Flags in the hotel lobby

This resort is now exclusively for military personal and their families. In order to stay here you must be active duty military (including reserves and National Guard), retired from active duty, a recipient of the Medal of Honor, honorably discharged veteran with a service connected disability or work for the department of defense. This adds to the mystique of the hotel as you can’t even set foot on grounds with being in the military or have friends or family in the military. The Shades of Green was completely remodeled in 2004 and now has 586 rooms and looks beautiful. 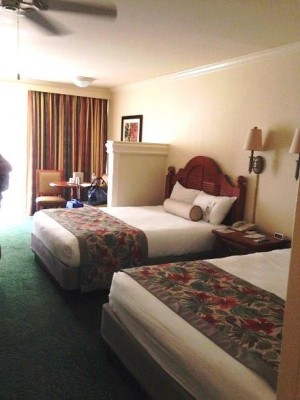 A hotel room in the Magnolia Wing

Each room is 480 square feet and includes two queen beds and a sleeper sofa. There is also a small table with four chairs near the sliding doors.

Every guest room has a patio (1st foor rooms) or a balcony (2nd and 3rd floor) that overlooks the courtyard, pools or the golf courses. 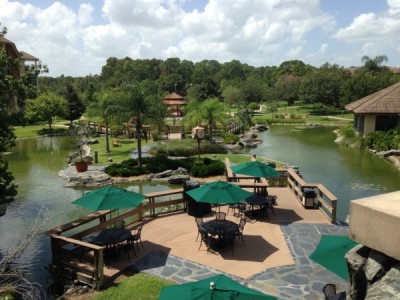 The hotel is truly lovely with sprawling greens and a waterfall feature in the lobby. We stayed in the hotel for only one night so I didn’t get to enjoy a lot of the amenities but I did venture down to the fitness center and to the pool. Both were great, the pool even had a basketball hoop at one end to play with! 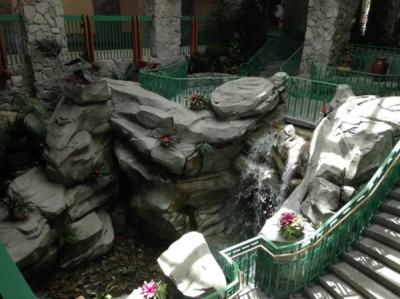 Waterfall feature in the Shades of Green lobby

We stayed at the Shades of Green in September and walked over to the Polynesian to get the monorail. It’s about a quarter of mile walk and in September the temperate isn’t too hot. The fitness center was open from 7:00 a.m. – 10:00 p.m. and was very nice with all the accruements. 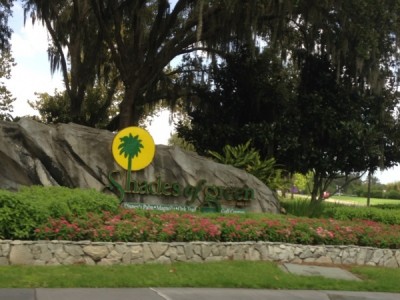 Overall it was a wonderful stay, the grounds were gorgeous and the amenities were fun. The resort is appropriately themed to honor the men and women who stay there with its décor and quiet refinement.

Have you ever seen the seen the Shade of Green in its many incarnations?