A Photo Tour of the Maharajah Jungle Trek
(minus the Komodo Dragon, who wasn’t out because it was too cold)

First we saw the Tapir, which was much bigger than the one that we’ve seen on Go, Diego, Go. 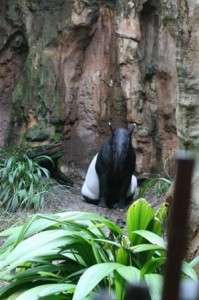 Next we saw the bats. There were both Rodrigues Fruit and Malayan Flying Fox bats there. I thought they were creepy! 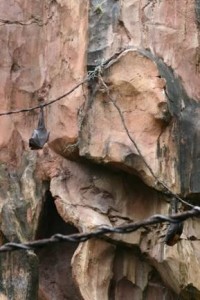 And then we saw the Tigers. They were amazing and their movements are so much like those of my cats at home! 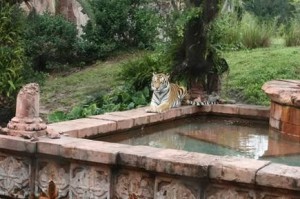 Then there were a bunch of birds. We moved past them pretty quickly. 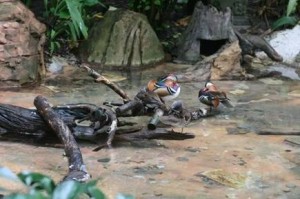 Part of the fun of the Maharajah Jungle Trek was looking at all the cool little details and pretending like we really were in Asia! 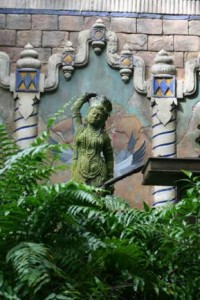 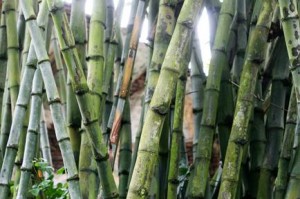 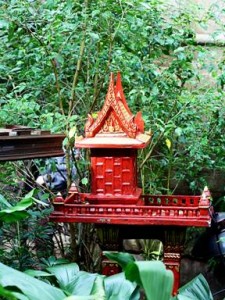 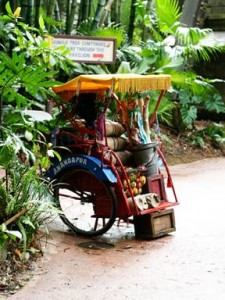 The Maharajah Jungle Trek was a really nice way to spend twenty minutes or so. It was not crowded and at times it felt like we were the only ones in the park. It felt like we were viewing animals in their natural habitat. We had people in our group from 6 – 59 and everyone enjoyed this attraction.